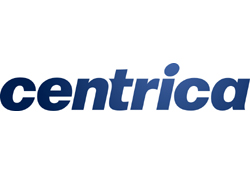 Centrica Plc bought the U.K."s first cargo of liquefied natural gas from Norway, the biggest foreign pipeline supplier to Britain. The Arctic Discoverer LNG vessel is sailing from Hammerfest, near StatoilHydro ASA"s Snohvit plant in the Barents Sea, to the Isle of Grain east of London, according to AISLive data on Bloomberg. Centrica spokesman Alan McLaughlin said the cargo will arrive on April 10.

?It"s certainly a first,? Andy Flower, an independent consultant and a former executive at BP Plc"s LNG unit, said by phone. Centrica may have purchased the cargo from StatoilHydro, Iberdrola SA or Total SA, all of whom receive production from the Snohvit LNG plant, he added.

Prices for spare cargoes of LNG are plunging as new production plants increase supplies and the global recession curbs demand among the biggest buyers of the fuel in the Far East. LNG from Norway has never competed with pipeline gas before as it"s usually shipped over long distances.

?It"s all about where the price is at the moment,? Flower said. ?The U.K. is the best price for Norway.?

Britain is supplied by three sub-sea gas links that bring the fuel in from Norway. One of these, Langeled, is the world"s longest sub-sea pipe and cost 1.7 billion pounds ($2.5 billion).

Langeled was importing about 49 million cubic meters of the fuel, according to National Grid Plc data. That"s about two- thirds of its capacity.

For the cargo to be commercially viable, Centrica must have bought it at a discount to the price at the National Balancing Point, Britain"s gas market, said Flower. There"s also the cost of using the terminal and an entry fee to access the country"s pipeline system, he said.

Once an LNG production plant has been built, the marginal cost of producing the liquid gas for shipment by ocean-going tankers is relatively low, Flower added.

This news is a total 2827 time has been read