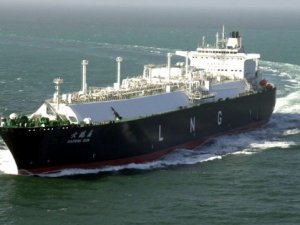 Despite soft demand for LNG, ship owners and shipbuilders are continuing to proceed with new construction believing in the longer-term prospects of the segment.

The three LNG ships orders will be part of Hudong Zhonghua's fourth-generation "Changxing Series" large-scale LNG carrier design, and a new generation of LNG vessels independently developed and designed for Hudong Zhonghua. The ships will havee a length of 295 meters with a speed of 19.5 knots.

According to the announcement, the new ships will further optimize the designs of the previous LNG ships. They will employ the latest generation of dual-fuel low-speed propulsion that will lower the daily fuel consumption to approximately 100 tons. The vessels will also be equipped with advanced environmental protection devices, whether operating in gas mode or fuel oil mode that can meet the emission standards of the International Maritime Organization.

The ships will be operated by Shanghai COSCO Shipping LNG Investment Co. increasing the transportation capacity for the China National Petroleum International Co.

News of this order comes just a month after Qatar announced that it had signed a contract with South Korea’s shipbuilders for as many as 16 LNG vessels valued at $19 billion.

This news is a total 2075 time has been read
Tags: LNG Shipbuilding Continues With Three Vessel Order From COSCO