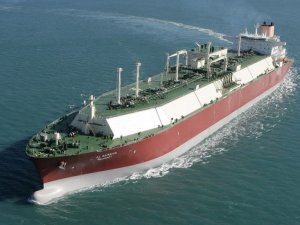 Strong demand for LNG spot cargoes amid the limited availability of vessels is pushing up charter rates in both the Asia Pacific and Atlantic regions, providing a boost to the long depressed shipping market, market sources said this week.

The Asia Pacific day rate was up almost 30% at $52,000/day Tuesday from $40,000/day in early October, according to Platts assessments. Bullish sentiment was also reflected in the rise in the so-called ballast bonus or positioning fee, often seen as a barometer of the health of the shipping market, the sources said.
When an LNG ship is chartered out, a charterer is asked to pay for the cost of the return trip as a ballast bonus.
The recent rise in rates was underpinned by Exxon’s sublet of the Beidou Star, which was heard on subjects to load at APLNG. A hire rate in the low $50,000s/day level was heard.
In early October, Shell was heard to have chartered around six to seven vessels for winter coverage across both the Atlantic and Pacific basins, including two Coolpool vessels, Lena River, Methane Spirit and the Seri Camellia. Hire rates were heard in the high $30,000s/day range.
“When the market was long, people used to haggle and pay only half of what was asked, or even did not pay the ballast bonus. Now the tide has turned,” a Northeast Asia shipping source said.
In addition, some ship owners are now asking charterers to pay for cooldown costs, shipping sources said.
Some sources said the recent rise in charter rates was due to new LNG projects coming online and end-users or portfolio players who sublet their idle ships starting to call them back, which has reduced competition in the market and given stronger positions to independent shipowners.
Some portfolio players have or are trying to secure more ships in anticipation of a tight shipping market, while traders are also striking time-charter deals, shipping sources said.
Recent typhoons in Asia also caused some delays to shipping schedules, adding to the tightness in the market, one shipping source said. JKM-UK NBP GAP WIDENS
In addition, the wide gap between JKM and UK National Balancing Point or NBP natural gas prices has created an arbitrage opportunity, spurring activity in the shipping market, an Asia shipping source said. The spread between JKM and NBP prices has expanded to more than $2/MMBtu this week from less than 50 cents/MMBtu in early September.
Still, the run-up is likely to be short-lived, the source said.
“I think the rate will come down once JKM prices start to fall,” the source said, who expected the latest rally to see the Asia Pacific day rate peak at less than $60,000/day.
But other sources said the market may have turned the corner as most newly built ships have been assigned to LNG projects, leaving a limited number of vessels available for spot.