LNG shipping rates fall to near 5-year low on oversupply 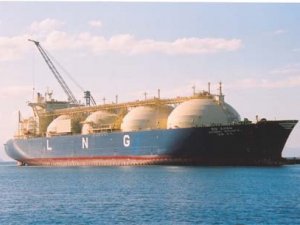 NG shipping rates fell to near 5-year lows assessed in the Asia-Pacific Basin at $38,000/d and in the Atlantic Basin at $37,000/d, the lowest prices on record since August 2010 Platts data shows.

Falling shipping rates for LNG carriers come following the delivery of 34 new-build carriers in 2014, the largest number delivered on an annual basis since 2009 according to data released Tuesday by the International Group of Liquefied Natural Gas Importers, or GIIGNL.
In 2009, 42 new-build LNG carriers flooded the market, pushing prices in the Asia Pacific Basin as low as $25,000/d in June 2010 while prices in the Atlantic Basin dipped to $31,000/d during July of the same year, according to Platts data.
Global shipping rates for LNG vessels have been on a steady decline since mid-2013 as fleet utilization rates have continued to decline amid strong growth in vessel supply that has outpaced the growth in LNG trade.
Globally, the number of loaded vessels delivered in 2014 increased to 4,023, up just a fraction of 1% from 3,998 deliveries made in 2013. By comparison, the year-on-year expansion of fleet capacity grew by 5.48 million cubic meters, or about 10%, according to GIIGNL.
In Asia, high inventories and mild weather actually reduced the number of imported cargoes delivered to the world’s largest consumers in 2014. Last year Japan received 1,524 LNG cargoes compared to 1,532 during the year prior. South Korea meanwhile received just 559 LNG cargoes, down from 616 in 2013, GIIGNL data showed.

This news is a total 1718 time has been read
Tags: lng, lng shipping