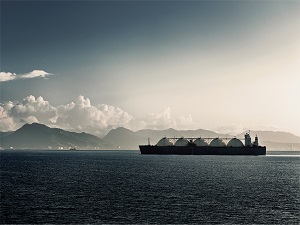 The cost of shipping liquefied natural gas (LNG) has hit 200 thousand a day, exceeding a 2012 peak of 180 thousand Dollar a day.

LNG shipping rates tend to go up during the Northern Hemisphere winter and summer when gas is used for heating or cooling. But rates have also jumped due to supply from new plants, longer distances travelled and anticipation of higher prices prompting shippers to lock in longer-duration contracts. A recovery in the shipping rates from about three years of depressed levels has begun to boost earnings of LNG shipping companies such as Gaslog, Golar and Hoegh .