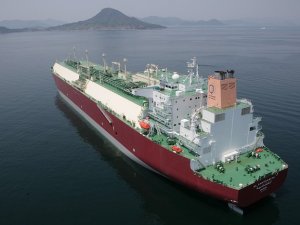 New LNG production coming online is bound to help alleviate the oversupply of tonnage in the LNG shipping market,

however it still won’t be enough to cater for all the newbuildings expected to hit the water during the next few months and as such, some of them are bound to be delayed. In its outlook for the LNG shipping market, ship owner AWILCO LNG said that “after a weak first half of 2017, the market firmed both in terms of rates and activity during the summer months on the back of increasing LNG production and fewer available vessels. The volatility and seasonality is expected to continue, but as additional LNG production comes on stream the current tonnage overcapacity is expected to gradually be absorbed, resulting in an improvement in the market going forward. The long-term outlook for LNG shipping remains promising on the back of scheduled LNG production capacity coming on stream over the next couple of years”.

According to Awilco, during the second quarter of the year there were 48 cargoes exported from Sabine, compared to 43 in Q1 and 23 in Q4 2016. Most of the cargoes are going to South America while South Korea, China, Japan and India are importing spot cargoes, significantly supporting increased ton-mile. Furthermore, the 4.5 MTPA Sabine Pass T4 commenced production in early August, and by the end of the year it is forecasted that export from Sabine Pass will more than double from last year. In total, more than 27 MTPA of new LNG capacity is scheduled for start-up in 2017”, the ship owner said.

Meanwhile, Awilco added that “the uncertain political situation in the Middle East, involving the world’s largest LNG producer Qatar, could if it escalates further, affect global LNG trade and employment of the Company’s vessels. As a result of new production capacity added in 2016 and 2017, worldwide LNG trade continued to increase and was up by 13 % first half 2017 compared to same period last year. The strongest demand growth came from China and South Korea which were up by 38 % and 18 %, while Japan had a modest increase of 5 %, ending a long line of reduced import. China recently announced that the country’s medium and long-term plan is to increase its LNG receiving capacity to 100 MTPA by 2025, which is more than a doubling of the existing capacity”.

In terms of supply, the ship owner said that “13 vessels were delivered in the first 6 months of 2017 and a further 24 vessels are scheduled for delivery in the remainder of 2017, although some delays are likely to occur. Newbuilding ordering was low in 2016, but has picked up moderately so far in 2017, as 8 newbuildings have been ordered in 2017. According to shipbrokers the orderbook at the end of Q2 for LNG vessels above 100,000 cbm (excl. FSRU and FLNG) was 104 vessels, of which only 11 are available for contract. As a result of the weak market and shipyard constraints some deliveries can be expected to be delayed”, AWILCO concluded.