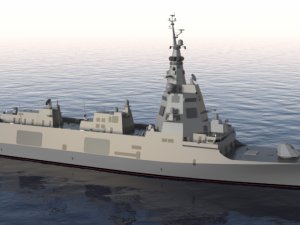 The five new frigates will be built by Spanish shipbuilder Navantia under a 4.3 billion euro ($4.9 billion) contract which was approved by Spain’s defense ministry.

Lockheed Martin and Spanish company Indra will jointly provide the radar. It will go to sea as part of the Aegis Weapon System, which will be integrated with the ship’s combat management system SCOMBA, when the first frigate deploys in 2026.

Recently designated by the U.S. Government as AN/SPY-7(V)1, this technology is derived from current radar programs and significant Lockheed Martin investment. Variants of the SPY-7 radar will also be utilized on programs with Japan’s Aegis Ashore, the Royal Canadian Navy for the Canadian Surface Combatant program and the U.S. Government.

“Lockheed Martin will continue to work with Spanish industry to explore new areas of industrial cooperation in radar and combat system technologies. This will help pave the way for future international sales of the F-110 frigate and new technologies, including the new S-band radar,” Lockheed Martin said.

This news is a total 728 time has been read
Tags: F-110, Lockheed Martin, Navantia, Spanish Navy.