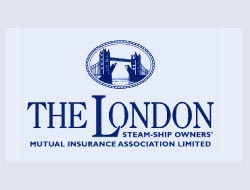 Some of the companies offering training services to shipownersalso offer augmentation of ships? crews with guards, either armed or unarmed.

Some of the companies offering training services to shipownersalso offer augmentation of ships" crews with guards, either armed or unarmed.

Members will be aware that there has been a serious escalation in the incidence of piracy attacks on merchant shipping in recent months, particularly in the Gulf of Aden and in the coastal waters off Somalia. Although it is reported that many attacks have been successfully repelled or otherwise evaded, a number of ships and their crews have been detained by pirates along the Somalian coast, and ransom demands made. Amid continuing media attention, there is now a heightened presence by naval warships in the area. It is hoped that this will go some way towards reducing the incidence of piracy, but it is likely that the risk of attack will remain a serious possibility for ship owners and operators trading to the area. As a general rule, it should be advantageous for those on board to have received guidance in the early detection of an attack, together with practical advice on suitable countermeasures to take and on how to conduct themselves in the event of a hostile boarding.

In that respect, a variety of companies, some of them associated with former military personnel, are offering training services to shipowners. Some of those companies also offer augmentation of ships" crews with guards, either armed or unarmed. It is, however, reported that one of the ships recently seized by pirates had on board a team of three unarmed guards, and their presence was not sufficient to persuade the pirates to withdraw.

If a ship is captured by pirates, subsequent negotiations and the payment of any ransom demand are likely to give rise to significant expense and loss of time. The effectiveness of insurance cover for such risks will depend on the nature of the insurances placed and the manner in which any attack is conducted. It is generally the property and war risk underwriters who take the lead but, if members want certainty of cover, they may wish to consider taking out a specific kidnap and ransom policy, a number of which are available on the general market. As members liaise with their property and war risk underwriters and their flag states in preparing for the risk of attack by pirates, they should also bear in mind a number of considerations which may be relevant to P&I cover. Masters who wish to deviate from their customary route in order to avoid the risk of piracy should do so, wherever possible, in co-operation with charterers and cargo owners. If this is not possible, it would be prudent to consult the Club. Members should look carefully at the contractual terms of any agreement concluded with the providers of armed or unarmed guards. The Club is happy to review any such contracts in relation to Club cover.

Given the prevailing market conditions, it might be expected that charterers will seek to impose onerous terms on owners, which may serve to encourage masters to expose their ships to an increased risk of piracy. In particular, members should be wary of terms that might expose them to claims for delay, or other liabilities. Again, the Club is happy to review such terms in relation to Club cover.

This news is a total 566 time has been read