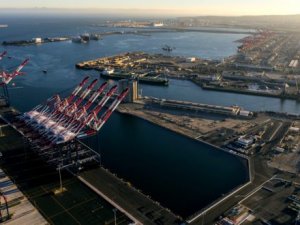 Throughput at the Port of Long Beach fell substantially last year as the impact of the trade dispute with China took its toll.

Executive Director Mario Cordero said there are “better times ahead” and that progress on trade war discussions were positive, although he also highlighted the challenge the port faced due to the lack of investment from business and the persistent uncertainty in the maritime sector.

In what looked like an attempt to put a poor year behind the port Cordero took a look at the positives heading into 2020, with a new port logo, that conveys excellence, and the facility’s new website. All improvements, but no substitute for cargo.

This news is a total 630 time has been read
Tags: PORT OF LONG BEACH, TRADE WAR