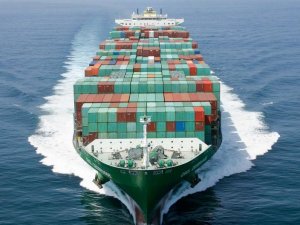 Following more than a decade of sustained steady growth, the volume of capacity within the containership fleet has remained somewhat more controlled over the last two years.

However, while it may appear at first glance that not so much is changing within the overall fleet, there has in fact been notable variation within the “product mix” of the containership sector.

Following expansion of over 8% in 2015, boxship fleet capacity growth slowed during 2016 to just 1.2%, supported by easing deliveries and robust demolition activity. Although it has showed signs of faster expansion in recent months, this still paints a picture of a fairly stable fleet. However, by examining the product mix, interesting trends come to light. One obvious pattern is that the proportion of the fleet capacity accounted for by ‘feeder’ vessels of under 3,000 TEU has been steadily decreasing over the last three years. Meanwhile, the race towards larger vessel sizes at the top end, as well as the continued effects of the opening of the new Panama Canal locks in June 2016, has resulted in pronounced and contrasting changes in the proportion of fleet capacity accounted for by vessels in the ‘intermediate’ and ‘large’ sizes, those sized 3,000-7,999 TEU, and 8000+ TEU respectively.

More Than Meets The Eye

The proportion of fleet capacity made up by vessels of between 3,000 and 7,999 TEU has been declining firmly over the last three years. Compared to a level of 41% at the start of October 2014, vessels of this size now account for only 33% of boxship fleet capacity. Meanwhile, vessels larger than 8,000 TEU have seen their share of fleet capacity over this period increase, expanding from 36% at the start of October 2014, to their current level of 48%. So, during a period where the growth in total fleet capacity started to level out, one of the core properties of the product mix flipped, as the proportion of capacity accounted for by vessels sized over 8,000 TEU overtook that provided by vessels of between 3,000 and 7,999 TEU for the first time in July 2015.

Looking To The Future

The proportion of capacity accounted for by vessels in these two categories has continued to diverge since this point. Looking forward, 84% of capacity currently scheduled for delivery beyond start 2018 belongs to the 8,000+ TEU sector, with a very limited orderbook for vessels sized between 3,000 and 7,999 TEU. Meanwhile, demolition activity has maintained elevated levels in 2016-17ytd, and more than 70% of capacity scrapped in this period has come from the 3,000-7,999 TEU size range. Accordingly, the diverging trend in the proportion of containership capacity accounted for by vessels within these two size ranges looks set to continue for the foreseeable future.

It can be just as important to follow the variations in the product mix within the fleet as it is to focus on total capacity alone. So, while fleet growth has moderated in recent years, the increasing appetite of market players for larger ship sizes as time has gone by is a key story in the containership landscape.

This news is a total 560 time has been read
Tags: Looking Inside Fleet Development: The Boxship Product Mix