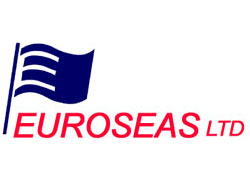 The deal is one of the first renegotiations to be made public in the troubled container sector, but it is understood that many others are yet to be revealed. It comes as the number of ships in the global fleet without employment has doubled over the past four weeks.

The Euroseas ships" rates paid by the charterer, Orient Express Lines of Dubai, have dropped by around one third.

Brokers have long reported pressure from lines to renegotiate their long-term time charters, after rates dropped by as much as two-thirds over the last year.

The move to lower already-negotiated charters is viewed as highly unusual, and was not reported during the last industry downturn of 2002.

Euroseas revealed that the deal was agreed in early November. This suggests that others have since renegotiated charter terms privately amid the rapidly deteriorating economic outlook on key container trading routes.

New rates are agreed at the line"s request

?We want to have good relationships with our charterers,? he said. ?They came to us, and asked for a negotiation... and we decided to assist them as much as we can and we lowered our rates so they can have an easier time.?

He said there were market rumours of charterers approaching other owners with similar requests.

The global boxship fleet is currently around 4,700.

About 125 of the 210 ships are vessels with charters that have recently expired but have not been renewed, and do not have employment, ASX Alphaliner reported.

The ship was taken for 18 months, and was due to expire in October, 2009. There is an option for the term of the charter to be extended for a further six months at $7,000 per day.

Euroseas said in its most recent investor presentation on November 25, that it had nine container vessels, of which two were operating in the spot market.

This news is a total 3578 time has been read