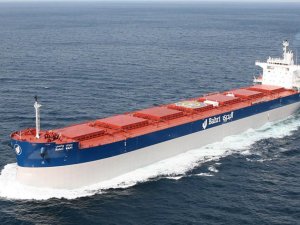 Affected by lower spot market rates in general seen during the first three months of 2017, the National Shipping Company of Saudi Arabia (Bahri) reported a drop of 38.1 percent in its net profit for the period.

Similarly, the shipping firm’s operational profit dropped by 34.4 percent to SAR 443 million from SAR 676 million reported in the same three-month period of 2016.

Compared to the previous quarter ended December 31, 2016, the shipping giant said that its net profit increased by 24.6 percent from SAR 303.9 million, while a 32.9 percent rise was seen in the company’s operational profit, which stood at SAR 333.1 million in the previous quarter.

The increase in net income for the current quarter compared to the previous quarter “is mainly due to increase in operating revenues due to an increase in Time Charter Equivalent (TCE) rates” witnessed in the quarter ended March 31, Bahri noted.

Total revenues for the current quarter has amounted SAR 1.93 billion compared to total revenues of SAR 1.95 billion in the corresponding quarter of last year, representing a decrease of 1 percent.