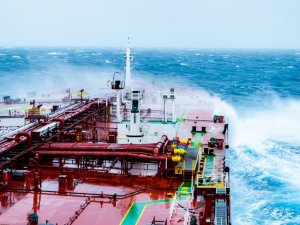 The September drone attacks on Saudi Arabian oil facilities that affected 60% of the country’s LPG production did not end up having a considerable impact on the global LPG shipping market, according to maritime research consultancy Drewry.

The consultancy attributed the industry’s resiliency to the incident to Saudi Arabia’s stockpile and increased exports from the U.S.

The drone attack in Saudi Arabia on September 14, in which oil installations were targeted, forced the country to shut down its key Abqaiq oil processing plant and the Khurais oil field, which took out almost half of Saudi oil production. As most of the LPG produced in the country is through associated gas production, about 60% of the country’s LPG production was estimated to be affected. Saudi Arabia exported 8.3 million tonnes of LPG in 2018 and 4.2 million tonnes in 1H19.

The LPG market experienced an initial shock following the attack, with LPG prices rising over 10% in Asia, but they soon fell after an assurance of continuing supplies from Saudi. The country also released their cargo acceptances for October loadings without any cancellations, which further eased market fears. However, Saudi Arabia delayed cargoes to countries such as India, which compelled the latter to seek additional cargoes from alternative sources such as the UAE in light of the increased demand before the Indian festive season.

Looking ahead, Drewry said it expects Saudi Arabia’s contract prices for October 2019 to increase over USD 50 per tonne from USD 350 per tonne in September. According to the consultancy, the increase in October will mark an end to three successive monthly declines in Saudi CP rates and will trigger renewed LPG trading activity in the market.

Any rise in Saudi CP prices will cause the U.S.-Asia propane price arbitrage to expand, favoring increased exports from the U.S.

The consultancy concluded that a rise in VLGC rates could be expected as the attack on Saudi Arabia will push more vessels to move towards the U.S. from the Middle East. VLGC spot rates on the benchmark AG-Baltic route increased to USD 67.1 per tonne on September 27 from USD 58.7 per tonne before the Saudi attack on September 14.

This news is a total 316 time has been read
Tags: LPG, Saudi Arabia, VLGC.