LPG Tanker in Near Miss, Fuel Vessels Evacuated after Shelling of Tripoli Port 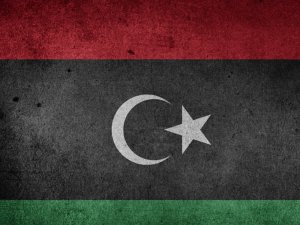 Fuel vessels have been evacuated urgently from Tripoli port and all offloading operations were canceled after projectiles struck a warehouse in the port, National Oil Corporation (NOC) of Libya said on Tuesday, February 18.

NOC added that the shelling occurred meters away from a highly explosive liquified petroleum gas (LPG) tanker discharging in the port.

According to initial reports from Al Jazeera, the rebel group Libyan National Army (LNA) was targeting a vessel carrying weapons from Turkey in the port.

The cargo vessel was reportedly unloading weapons destined for the Government of National Accord (GNA), the internationally recognized government of the country.

As informed by global media, the shelling of the port has prompted GNA to pull out of ceasefire talks with Haftar forces.

“So far no commercial vessels or personnel are believed to have been damaged or injured. There is however the suggestion, that a Turkish-owned tug vessel, Balaban, has faced damage to its bridge,” Dryad Global said in a comment.

“The attack upon Tripoli port is particularly troubling, and confirms Dryad’s long-held assessment that indiscriminate shelling in the proximity of the port, potentially targeting Mitiga International Airport, would affect the port area.”

The maritime security firm said if the attack proved to be deliberate, it would be the first instance of clear targeting of the port area, and may heighten the threat to vessels due to indirect targeting.

Following the attack, the LPG tanker and a gasoline tanker that were in Tripoli immediately left the port for safe waters, NOC said.

“Today’s (February 18) attack on Tripoli port could have led to a humanitarian and environmental disaster and it will have a significant impact on a crowded region like Tripoli. The city does not have operational fuel storage facilities as the capital’s main storage warehouse was evacuated as a result of the fighting on Airport Road area, where the warehouse is located,” NOC Chairman Eng. Mustafa Sanalla said.

“The consequences will be immediate; hospitals, schools, power stations and other vital services will be disrupted. We condemn this behaviour in the strongest possible terms and ask the international community to intervene rapidly to prevent a serious escalation in the conflict and to allow NOC to manage fuel supplies.”

There has been a drop in production as a result of the blockade of ports and pipelines to the current level of 123,537 b/d, as of Tuesday, February 18, 2020, with losses exceeding USD 1 billion, according to   NOC.

The oil company  renewed  its call for all blockades to be lifted to allow the corporation to resume production immediately, for the sake of Libya and its people.

“Vital facilities in Tripoli and some surrounding areas, as well as in Southern regions, are still facing supply shortages due to the security situation.  Fuel vessels have evacuated urgently from Tripoli port today (February 18th) after projectiles struck meters away from a liquified petroleum gas (LPG) tanker discharging in the port,” the company stressed.

NOC said it continues to supply hydrocarbons to the Central and Eastern regions to meet the transport and domestic  needs of citizens.

As informed, a  gasoline  tanker  was  preparing to discharge at Benghazi port  on Tuesday, while another diesel tanker is expected to arrive at the port today.

The city of Tobruk and the rest of the Eastern region is being supplied directly from Benghazi.

This news is a total 271 time has been read
Tags: Libya, NOC, Tripoli.