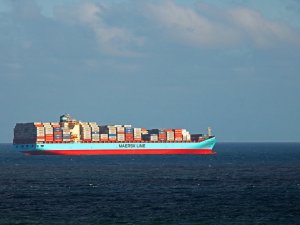 At the time of the incident, the 3,078 TEU Maersk Batur just left Algeciras, Spain, and was en route to Newark, the USA.

“The Nautical department is sailing the vessel to tow her in Algeciras Port in order to start inspections and fix issue,” Maersk said in an advisory on January 30.

“Based on the latest information received and as a result of this incident, the vessel is expected to be delayed. Contingency being worked upon,” the company added.

As of January 31, the Singapore-flagged boxship is moored in Algeciras, according to Maersk Batur’s AIS data.

Built in South Korea in 2009, Maersk Batur has a length of 225 meters and a beam of 32.2 meters, data provided by VesselsValue shows.

This news is a total 801 time has been read
Tags: Containership, engine failure, Maersk Line, Port of Algeciras.