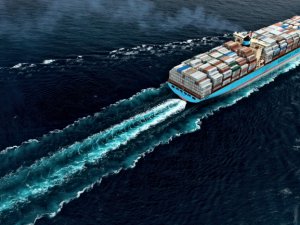 Current competition rules in Europe prevent the creation of giant EU companies that would be able to compete with US and Chinese rivals, Søren Skou, CEO of Danish shipping major Maersk, warned.

In an interview with Danish business magazine Finans, Skou explained that EU competition rules need to be interpreted in light of the new economic and geopolitical reality.

According to Maersk CEO, in the long run, it will hurt consumers if we don’t modernize and adjust the way we interpret the EU competition rules and the economic concepts to that reality so that EU companies can better compete on equal terms.

His comments were confirmed to World Maritime News by a Maersk spokesperson. The comments follow last year’s decision by the European Commission to block the merger between the French Alstom and German Siemens, Europe’s largest suppliers in the rail market. The decision has hurt the duo’s competitiveness, taking into account the rise of China’s player in this sector, CRRC.

Skou is a member of the European Round Table for Industry (ERT), a group comprising chairs and CEOs of 55 of Europe’s leading multinational companies.

In a recently released industrial strategy paper entitled “Turning Global Challenges into Opportunities”, the leaders of these companies have called for smart policies to enhance competitiveness, strengthen innovation and ensure that European companies can thrive in an increasingly complex world whilst creating value for society.

The recommendations included in the paper come at the same time as a new ERT report — “the Competitiveness and Industry Benchmarking Report 2019” — highlights how significantly the EU is falling behind other major economies on key indicators of economic performance.

This news is a total 224 time has been read
Tags: competition rules, Maersk, Søren Skou.