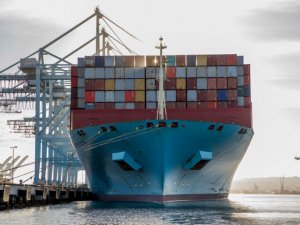 Danish shipping giant Maersk says it has set a new world record for the most cargo handled in a single port call with the MV Maersk Evora’s recent stopover at the Port of Los Angeles.

During the port call at APM Terminals’ Pier 400, the Maersk Evora containership loaded and unloaded a total of 24,846 TEUs – a new world record for a single vessel port call, according to Maersk.

The ship arrived at the port on October 17 fully loaded with nine containers above deck, the first for any U.S. port. According to Maersk’s website, the ship departed Los Angeles on October 22 and is currently en route to East Asia, with its first stop scheduled in Yokohama, Japan on November 7. 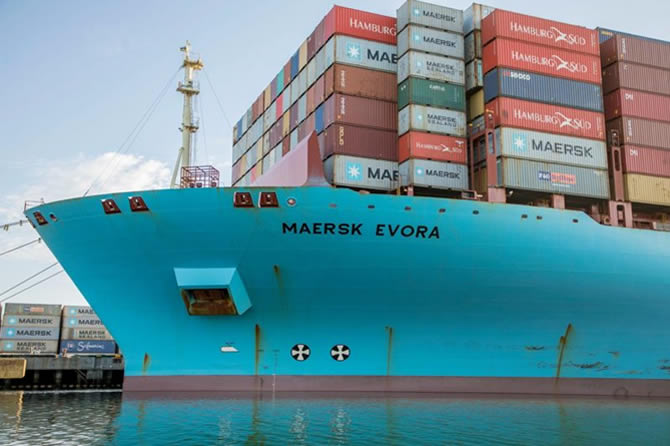 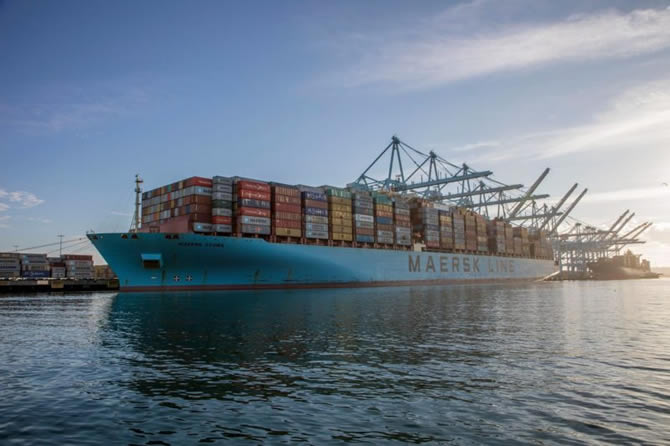 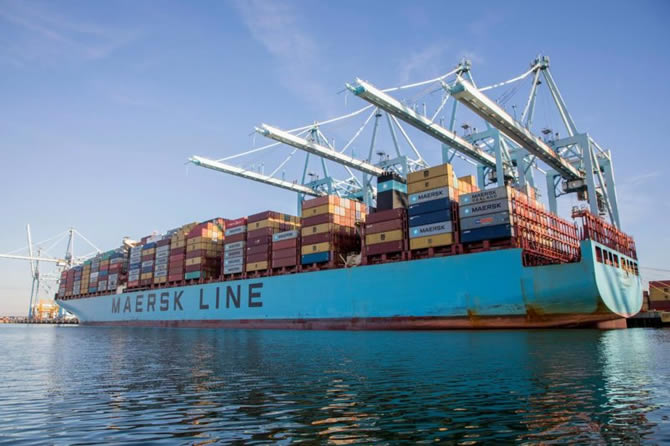 This news is a total 728 time has been read
Tags: Maersk Containership Sets Cargo Handling World Record at Port of Los Angeles