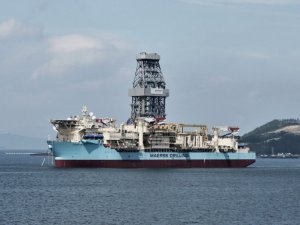 Maersk Drilling is laying off 122 workers who were aboard the drillship Maersk Valiant according to a notice the company sent to the Texas Workforce Commission.

The layoffs come after ConocoPhillips and Marathon Oil signed an early termination agreement with Maersk Drilling last week. The drillship was working in the Gulf of Mexico on a joint contract in which Conoco and Marathon shared its services.

The employees were notified of the layoffs, which are expected to be permanent, on July 28 and will remain employed for a further 60 days.

“With the termination of the Maersk Valiant, we are reminded of the extremely challenging conditions in the offshore oil and gas market,” said Michael Reimer Mortensen, Maersk Drilling’s head of global sales.

In February Maersk Drilling cut 80 offshore rig jobs in Houston and in March Maersk Oil announced that it would close its Houston office.

This news is a total 3067 time has been read
Tags: Maersk Drilling chops 122 workers after drillship termination, türishmaritime