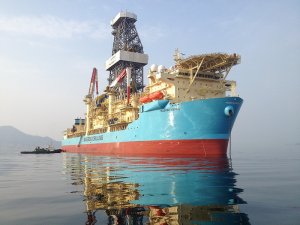 Maersk Drilling is reportedly laying off 84 Houston-based offshore workers due to lack of work, the Houston Business Journal reported based on a letter it obtained from the Texas Workforce Commission.

The workers impacted are associated with Maersk Drilling’s ultra-deepwater drillship Maersk Viking, which is currently employed by ExxonMobil in the U.S. Gulf of Mexico. The contract is scheduled to expire in April 2018.

The Journal reported that the layoffs will likely be permanent unless the company can secure a new contract for the 2014-built drillship.

The workers were notified of the layoffs earlier in January and they will continue to work for the next few months until the contract expires.

This news is a total 906 time has been read
Tags: Maersk Drilling Laying Off 84 Drillship Workers in U.S.