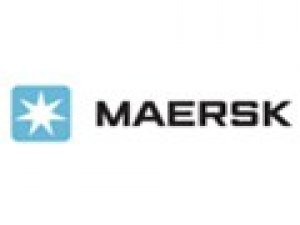 Maersk Group says Iran has “great potential” from which it hopes to benefit when a range of sanctions against the country are lifted in the coming weeks and months.

Maersk Group says Iran has “great potential” from which it hopes to benefit when a range of sanctions against the country are lifted in the coming weeks and months.

In a statement to Shipping Watch, the container shipping, port operations and oil and gas conglomerate said that “in the event of lifting of international sanctions, Iran will have great potential for new commercial business activity. Any decision on engagement from our side in energy or transport business would have to await full clarity of the sanctions repeal”.

Maersk is one of several major maritime groups eyeing Iran for expansion of business interests.

Iran has already negotiated US $2-billion worth of deals with European investors, according to Deputy Economic Affairs and Finance Minister Mohammad Khazaei, while the Minister of Industry, Mine and Trade, Mohammad Reza Nematzadeh has said that the country is expecting to finalise US $185-billion worth of deals by the end of the decade.“We are looking for trade that goes both ways and cooperation in development, design and technique,” said Nematzadeh, during a trade conference in the Austrian capital Vienna last week. “We are no longer interested in a one-way import of commodities and machinery from Europe.

If Iran breaks the agreement during the next decade, the sanctions against the country can be reinstated. All 15 countries on the Security Council supported the historical accord, which is meant to ensure that Iran does not develop nuclear weapons.

The varies sanctions against Iran will be lifted gradually, according to various EU officials, while US sanctions will not begin to be repealed until the US Congress has voted in favour of the nuclear accord.

This news is a total 5560 time has been read
Tags: maersk, iran, marine, turkishmaritime