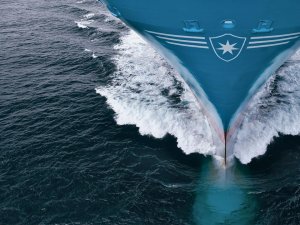 The commitments were submitted on Monday, March 20th and the Commission is to decide on the case by April 10.

“On 20 March 2017 Maersk Line submitted its proposed commitments to the European Commission regarding the proposed acquisition of Hamburg Süd. This follows standard procedure for cases under the EU Merger Regulation,” Maersk Line said in a statement to World Maritime News.

The company, however, did not disclose what remedies were offered as those were “available only for the market participants addressed by the European Commission in its current remedies market investigation.”

“Maersk Line expects clearance by the European Commission on 10 April 2017 in which information about any agreed commitments will also be communicated.”

Furthermore, Maersk Line added that, subject to regulatory approval, it expects to close the transaction by the end of 2017.

Maersk Line signed a sale and purchase agreement for the acquisition of the German carrier on March 14.

The latest move comes on the back of an agreement reached between the Danish container carrier and the Oetker Group at the start of December 2016.

With the acquisition of Hamburg Süd, Maersk Line will grow its global capacity share to approximately 18.6% (now 15.7%), its nominal capacity to around 3.8 million TEU (now 3.1 million TEU) while decreasing the average age of the combined fleet of more than 700 vessels to 8.7 years compared to Maersk Line’s present vessel age of 9.2 years.

This news is a total 1327 time has been read
Tags: Maersk Line Offers Concessions to EU on Hamburg Süd Acquisition