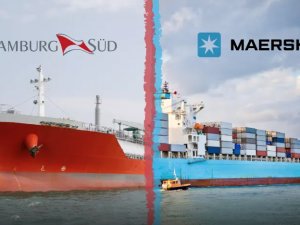 Clerc pointed out that the real focus of the company is on the integration of Hamburg Süd because “it is fundamental for the viability of the deal.”

Commenting on the takeover, he said, “It is quite a large acquisition, the largest that we have made. It will require a lot of energy to make it a success here in the coming months.”

“That doesn’t mean that we don’t have an eye out to see if there are some good deals outside but that really isn’t the focus right now,” he added.

Speaking of the market development and reflecting on 2017 which has seen the strongest growth in containerised trade in a decade, Maersk Line’s CCO said that he expects this trend to continue in the coming years, on the back of higher oil price.

In addition, industry consolidation on a global scale, the possibility to put in place networks generating economies of scale and deploying assets and capacities in a more effective way will also contribute to the market recovery in the future.

Despite positive market forecasts, Maersk Line’s intention is not to order new ships in the near future. With a combined fleet of more than 750 vessels, the company said there is enough capacity to cover the needs of its clients.

Maersk Line completed the acquisition of Hamburg Süd on November 30, two days after it received the final regulatory approval from the Korea Fair Trade Commission. The company secured all 23 regulatory clearances, almost a year after it announced its acquisition plans.

Subsequently, the company revealed its intention to reflag Hamburg Süd-owned vessels to Denmark and Singapore.

This news is a total 895 time has been read
Tags: Maersk Line to be Strengthened in Latin America, Oceania, Post Acquisition of Hamburg Süd