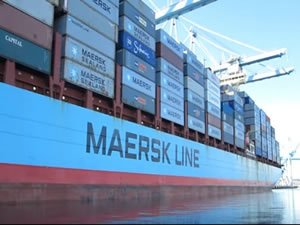 A.P. Moller – Maersk supplied further evidence of the rebound the shipping lines are experiencing reporting a faster than expected recovery in the third quarter results and raising its expectations for its full-year results.

Despite the economic impact of the pandemic, the world’s largest shipping company reported improved profitability across its business and strong free cash flow.

“Despite COVID-19 negatively affecting activities in most of our businesses, our disciplined execution of the strategy led to solid earnings and cash flow growth in Q3,” says Søren Skou, CEO of A.P. Moller - Maersk.

“At the same time, we managed to further integrate and simplify the organization in ocean & logistics, we closed the acquisition of KGH Customs Services and continued the integration of Performance Team, supporting our strong financial performance in Logistics & Services,” Several factors were cited as contributing to the improvements in performance.

While they cited some benefit from “a sequential demand recovery compared to the second quarter,” they cited capacity management, customers' use of digital services, and cost controls as the primary contributors. The shipping businesses benefited from, “and a temporary spike in short-term freight rates due to a sudden demand pick-up on some routes.”

That spike in rates has become a point of focus across the entire industry.

The lines have been scrambling to meet demand, adding additional sailings beyond schedule while shippers have struggled to find space. There are reports that countries, including China, have complained to the shipping lines asking them to be responsive to the strain on the global economy and prudent with their rates.

Countries such as South Korea have also expressed concern that capacity needs to be fairly divided between the different markets not favoring any one port or area.

“Our progress in earnings and in our transformation allows us to look confidently past the extraordinary 2020,” continued Skou, noting, “however we remain well aware of the high level of uncertainty the pandemic and associated lockdowns continue to pose in the coming quarters.”

The strength of the recent rebound and the market outlook led Maersk to raise its outlook for the second time in two months.

While still expecting global demand growth for containers to decline by four to five percent for the full year, and slightly below the average market growth for organic volume growth in its ocean segment, the company increased its full-year outlook by $500 million for earnings (EBITDA) or more than six percent.

Before costs associated with the previously announced restructuring and integration, the range for earnings for the year is now expected to be between $8 and $8.5 billion.

The board also approved a share buyback program which is expected to begin in December.

This news is a total 4243 time has been read
Tags: Maersk Reports Quicker Rebound and Raises its Outlook