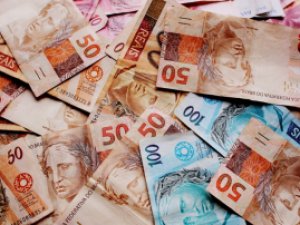 Danish shipping major A.P.Moller Maersk has been named among companies being investigated by Brasilian authorities over suspected involvement in the Petrobras bribery scandal.

The investigation is being conducted under the Car Wash (Lava Jato) operation, which uncovered one of the biggest corruption cases in the recent history of Brazil involving its state oil company Petrobras.

Federal prosecutors said on Wednesday that shipowner Maersk, Tide Maritime, and Ferchem, who acted as shipbokers for the company, were being probed over potential links to corruption schemes in ship chartering contracts by Petrobras, worth over  5 billion Brazilian reais (USD 1.2 billion). The charters involved the transportation of oil and oil products.

Under the investigation, Brazilian authorities want to determine whether insider information provided the companies in question competitive advantage in return for bribe payments to Petrobras employees.

Between 2002 and 2012, Maersk and its subsidiaries entered into 69 charter contracts with Petrobras, in the approximate amount of BRL 968 million.

The investigations are targeting at least 15 maritime charter contracts that were in force between 2006 and 2014 totaling BRL 658 million, amid suspicion that they were a result of bribery schemes.

As informed, 12 search warrants have been issued as part of the investigation.

Maersk is not the first shipowner to be subjected to an investigation of the Petrobras bribery schemes.

This news is a total 1129 time has been read
Tags: Bribery, Maersk, Petrobras