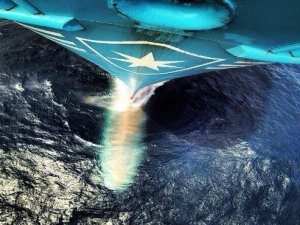 Maersk Group delivered USD 1.1 billion underlying net profit for the quarter ended June 30, as compared to USD 1.2 billion reported for the same period a year earlier, largely due to a dip in oil price and lower average container freight rates.

“In a quarter impacted by lower average container rates and a lower oil price, the Maersk Group achieved a satisfactory result with an underlying profit of USD 1.1bn and maintain the expectation of an underlying result of around USD 4bn for the year,” the Group CEO, Nils Smedegaard Andersens, said.

”We reiterate our strategic direction of targeting profitable growth with top-quartile performance and a ROIC above 10% over the cycle in all business units. The turbulence in the oil price has had a negative influence in the oil and offshore markets and countries dependent on oil. This has changed the outlook for Maersk Oil, Maersk Drilling, APM Terminals and APM Shipping Services, where previously announced profit and growth targets will be replaced by plans adapting to the volatile environment. The balance sheet remains strong and the Board has decided to launch a buy-back programme aiming at USD 1bn.”

The Group’s container line – Maersk Line – reported a profit of USD 507m for the quarter, as compared to USD 547m for the second quarter of 2014. Maersk says that despite a sharp decline in the average freight rate of 14.1%, Maersk Line delivered a 10.1% return on invested capital (ROIC) based on its cost saving strategy.

Revenue of USD 6.3bn was 9.2% lower than Q2 2014, primarily driven by the decline in the average freight rate to 2,261 USD/ FFE only partly offset by a volume increase of 3.7% to 2,484k FFE. The freight rate decline was largely attributable to bunker cost savings being passed through to the customers and to deteriorating market conditions on the Asia-Europe trade.

The container carrier has adjusted its growth target from growing in line with the market to growing at least with the market. Additionally, Maersk Line adjusts its annual return target from 8.5% ROIC to ROIC between 8.5% and 12.0%.

Despite recording lower profit and revenue in the 2Q 2015, Maersk Line reiterates the expectation of a higher underlying result than for 2014 (USD 2.2bn). Global demand for seaborne container transportation is revised to an expected increase by 2-4% versus previously by 3-5%.

The result was negatively impacted by a revenue reduction of 8.6% caused by decreased volumes in key oil dependent markets as well as divestments in 2014 and weakening of local currencies against the USD resulting in lower revenue in USD terms.

This was impacted by the divestment of APM Terminals Virginia, Portsmouth, USA and Terminal Porte Océane S.A. Le Havre, France during Q3 2014. Excluding these, like-for-like volumes decreased by 3.5% in Q2, whereas the overall global container market grew approximately by 4.3% in Q2.

APM Terminals has revised the expectation for the underlying result to be significantly below 2014 (USD 849m), previously below 2014, due to weaker business climate in oil dependent markets.

This news is a total 6650 time has been read
Tags: maersk, profit, maersk line, turkishmaritime