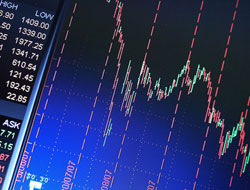 Malaysian ship owner and operator Nepline Berhad is on the ''brink of collapse''.

Malaysian ship owner and operator Nepline Berhad is on the ''brink of collapse''.

Malaysian ship owner and operator Nepline Berhad is on the ''brink of collapse'', according to a Singapore-based ship broker.

?Given the number of law suits it has to answer, and the fact that half its fleet has been seized for bad debt, I expect bankruptcy as the only viable solution,? the broker told.

Three of Nepline's six tankers have apparently been seized by Bank Pembangunan Malaysia after it defaulted on $12.1 million (RM44.8 million) in debts.

Nepline's Q4 results, aside from reporting zero revenue for the last three months of 2008, have also revealed that several other companies have taken legal action against the shipowner, reports said.

Dan Bunkering has reportedly filed a claim in the Kuala Lumpur High Court against Nepline and the summons are pending a hearing date.

Maybank has also filed a claim in the High Court against Nepline and its former subsidiary Timor Offshore Sdn Bhd. The case is set for full trial in October.

MUI Continental Insurance is also suing Nepline while CIMB Bank has taken legal action against Nepline and its director Nik Nohd Zain for an overdraft facility.

With its fleet out of action, Nepline said it was reviewing the restructuring of its business.