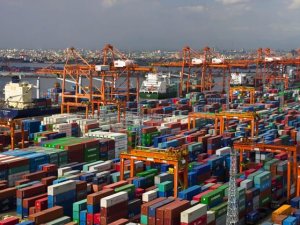 With only a week before the Christmas and New Year’s holidays kick in, the Philippine Ports Authority (PPA) is asking importers and cargo owners to withdraw their cargoes early and if possible, double the volume.

PPA said the 10-day holiday from December 24-28 and from December 30, 2014 to January 4, 2015, will definitely clog the ports with incoming import cargoes and could bring yard utilization back to near congestion level.

PPA General Manager Juan C. Sta. Ana explained that the private sector will play a key role in sustaining the decongestion effort of the government, otherwise, all measures implemented will be flushed down the drain due to the holidays.

“Our port operators will be operating 24/7 except New Year’s Day as vessels continue to come in even during this holiday season,” Sta. Ana said. “The Bureau of Customs (BOC), is likewise crafting operational measures to guarantee that they can clear cargoes even during the Holidays. I am urging all our importers, brokers, truckers, freight forwarders, cargo owners and other right holders to withdraw their cargoes early or double their volume withdrawals as a pre-emptive measure against a potential congestion brought about by the holidays.We have brought down yard utilization to a more manageable level and if cargo owners and brokers fail to takeout their cargoes, our yards can easily fill up and we will be right back to congestion level.”
As of the moment, the combined yard utilization at the two Manila Ports—composed of the Manila International Container Terminal and the Manila South Harbor—already went down to 81% or just 1% above the 80% target yard utilization level set by the Cabinet Cluster on Port Congestion.

Towards the end of November, yard utilization level even breached the target level after it went down to 78% but the subsequent weekend brought back the level to above 80%.

Currently, the PPA, along with the Cabinet Cluster on Port Congestion headed by Secretary to the Cabinet Jose Rene Almendras continues to negotiate with Metropolitan Manila Development Authority (MMDA) and the Metro Manila Council to allow trucks to ply the Roxas Boulevard area beyond December 22. Starting Wednesday, December 17, MMDA will again allow trucks to ply Roxas Blvd. from midnight to 5AM but only until December 22.

On December 3, MMDA imposed a total truck ban along Roxas Blvd to give way to the holidays and the Papal visit set for next month. As a result, combined container gate outs from the two Manila Ports declined by at least 10% from an average of 7,000 twenty-foot equivalent units from Monday to Friday to an average of 6,200 TEUs.