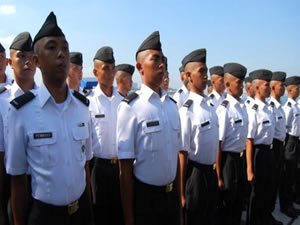 Cook, who is also the deputy premier of Western Australia, today urged the federal government in Canberra to ensure Filipino authorities strengthen their maritime crew arrangements.

The manning industry in the Philippines is reeling from the double Covid flare-ups on two bulk carriers calling at Port Hedland in Western Australia with questions being raised about the Southeast Asian country’s ability to provide crew safely to ships during the pandemic.

Two bulk carriers – the Patricia Oldendorff and the Vega Dream – arrived at Australia’s largest port from Manila with multiple Covid cases in the space of just over a fortnight, leading Western Australia’s health minister, Roger Cook, to ask miners to seek alternate places for crews prior to arrival in Australian waters. Cook, who is also the deputy premier of Western Australia, today urged the federal government in Canberra to ensure Filipino authorities strengthen their maritime crew arrangements.

“These poor crew are having to join these vessels under very arduous circumstances and conditions anyway,” Cook said.

“The fact that they are put on the vessel in a manner that potentially gives them the coronavirus is really of great concern and the Commonwealth should be reaching out to the Filipino government to say get your house in order.”

The Vega Dream, the more recent of the two Covid cases, is operated by Japan’s Mitsui OSK Lines (MOL) with crew provided by MOL’s long-term crewing partner in the Philippines, Magsaysay.

MOL stated in a release yesterday that all crewmembers on the Vega Dream had boarded in Manila in compliance with the Department of Transportation’s protocol for crew change and repatriation as well as being quarantined and tested negative in the Philippines prior to joining the vessel.

“Nobody wanted this to happen and we believe that we have done all precautions to make sure that all crew joined the vessels clean and free from Covid19,” Pono wrote in an email .

The Vega Dream will be required to stay at anchorage to wait another 14 days for the next swab test. Meanwhile, Magsaysay MOL Ship Management is discussing with flag state Panama to allow the vessel to sail to Manila to change the whole crew.

The Philippines, which, along with China, is the largest supplier of seafarers to merchant ships in the world, has been trying to position itself as a crew change hub during the pandemic, something that has been made harder to accomplish by the odd slips in Covid best practices.

The news from Australia will come as a blow to authorities who are working hard on a new campaign in association with the International Transport Workers Federation (ITF), informally entitled the Manila Project, which aims at showing Singapore’s Maritime & Port Authority how a Covid safe corridor can be created between Manila and Singapore, one of the world’s busiest hub ports.

Australian miners have been holding discussions with their shipping partners about choosing alternate sites for crews, as per the wishes of local politicians, but they do concede there will be logistical hurdles in doing so.

“If Australia makes it difficult for vessels to call the Philippines to change crew while en route to Australia, where else can these vessels go for much needed relief for those on board?”

In conversation with Splash, Faannessen went on to stress:

This news is a total 1228 time has been read
Tags: Transport , Two bulk carriers , Patricia Oldendorff , the Vega Dream