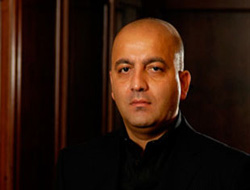 Azerbaijan Palmali Group of Companies has wide working experience in many spheres of business, establishing a reputation as a reliable partner over its entire ten-year activity.

The interview realized by Trend News Agency with the President of Palmali, Mubariz Mansimov, is presented to the attention of the readers:

The most complimentary views are being heard with regards the company headed by you. Moreover, the geography of its activity is so wide that you are lost in the guesses: you in Turkey, in Russia, and in Azerbaijan? But how did you determine the national belonging of Palmali?

Now and then it reaches the oddities: here, in Turkey, Palmali is considered as Russian company, in Russia we are called as Turkish, in Malta - Turkish-Russian. Therefore, I consider Palmali as an international transport company. The company employs nearly 45,000 people, and majority of them are descendants from the former Soviet Union.

Our independent companies are registered in each state, where we are present. Initial capital investments were made by our holding registered in Malta, and the beginning of our business went from Turkey, where the head office is now located. We deal, first of all, with the international marine transportation, and last year we transported nearly 78mln tons of oil and oil products.

Recently a large deal was announced to be signed by the alliance of companies Palmali/SOCAR on acquisition of half of the share in the Turkish construction company Tekfen. The alliance will provide Tekfen with work totaling $37bln. What are envisaged to be realized within these funds?

All joint projects will be realized not only in Azerbaijan, but also in the countries where Palmali group of companies function. The company has more than 19 representations in ten countries worldwide.

Palmali owns one of the largest fleets in the world. What are the plans for its expansion in the near and medium-term perspective?

Each year Palmali group of companies increases the freight-carrying capacity of its fleet, acquiring and building new ships. Agreements have already been signed on building of 25 vessels of the mixed kinds, including tankers and dry cargo, within three years. In particular, a contract envisaging building of ten tankers was signed last year. Preliminary period of the delivery of the first five ships of New Armada is 2008, other five - 2009.

The first tanker was laid in May last year, four tankers - in June. Further five tankers were laid n February 2008, which should be delivered in 2009. The ships of New Armada were given additional sign in the symbol of class - ?Echo-project?. Sign testifies that already at the stage of projecting, further requirements are introduced to this ship for preventing pollution in during the shipwreck. These ships will be used for the transportation of oil and oil products in the Black, Azov, Baltic and Mediterranean seas.

Palmali closely co-operates with the State Oil Company of Azerbaijan (SOCAR) in the transportation of the Azerbaijani oil from the Port of Ceyhan where it is delivered via Baku-Tbilisi-Ceyhan pipeline. What stage of the project is active? Are there plans to involve new ships to transport Azerbaijani oil?

Beginning from last year, our company began to acquire large-capacity ships under the project of Baku-Tbilisi-Ceyhan. Last year we acquired two tankers of class ?Suetsmaks? with deadweight of 165,000 tons for $96mln per each. Both tankers were built in South Korea on the shipyards of the Hyundai Heavy Industries Company. These ships are approved by the leading world oil companies with respect to security of the transportation of liquid cargoes. The key goal of acquiring these tankers is to transport crude oil from the Port of Ceyhan in accordance with the long-term contract, signed between Palmali and SOCAR. The ships were named after Nationwide Leader of Azerbaijan, Heydar Aliyev, and his spouse, academician Zarifa Aliyeva.

Furthermore, a contract was signed for acquisition of two tankers of Afromaks of Japanese production by the end of the year. The deadweight of each tanker is 105,000 tons, length - 237,74m, width - 43,03m. The cost of the purchase-sale contract was $160mln. The acquired tanker will transport the oil, pumped over the coast of the Mediterranean Sea via the BTC pipeline. Tanker will be named ? Azerbaijan? and ? Baku?.

There are plans to acquire two ships of Suetsmaks and Afromaks next year. The number of large-capacity ships under the BTC project will compose eight. In general $500mln will be spent on purchase of ships under BTC by the end of 2009.

What activities does Palmali carry out in addition to marine transportation?

For example, we have VIP- airline, which has today three aircrafts, two more will arrive this year. We purchased the airline from the group of Tekfen two years ago. This is one of Turkey's first private companies, which appeared in 1953. Earlier it was called Tekfen-avia, but now - Palavia. Now we hold negotiations on acquisition of two aircrafts Boeing-737, converted into the cargo version because from the next year we will check ourselves at the market of air cargo transportation which is new for us. We also deal with the repair of the air vessels Falcon and together with Dassault we will open a service center in Istanbul.

We have a construction company, which actively works in the Turkish and Azerbaijani markets. It builds the largest hospital in Turkey, we erect a good hotel of Baku, which will be launched by the end of the year, and there is a dairy plant. Furthermore, we have a media group, which includes two radio stations, Internet portals and magazine. Our basic work is transport and logistics, but there are many other segments, in which we participate.

What are the perspectives for expansion of media group?

In August last year, broadcasting of the radio station PAL FM began, which covers audience of up to 35mln people. Its programs are transmitted in Istanbul, and also in the densely populated region of Marmara - in the provinces of Izmir, Burs, Bolu, Balkesir, Edirne and Chanakkala. Palmali also acquired one more FM-radio station, which is broadcasted in the entire territory of Turkey. We opened an Internet portal titled PAL Hаber.

Does the company intend to continue active work on realization of social projects?

Constructed by Palmali Company, one of the largest hospitals in Istanbul is planed to be opened in June of the next year. Similar project is envisaged to commence at the end of this year and beginning of the next year in Baku.

Furthermore, actively work is being carried out to present dairy products under the commercial stamp of Pal Sud, produced at our plant in Azerbaijan"s city of Lankaran. Constructed in accordance with the contemporary standards, the enterprise produces milk products at 25 types. The daily processing capacity exceeds 150 tons. As a whole, more than 150 tons of milk is produced in Lankaran per day, taking this into account the new processing enterprise. Plant created new jobs for more than 1,000 families. We want to make Pal Sud national commercial sign. The plans also include new projects in the sphere of food industry.

Group of companies pays considerable attention to sport. You have ponderable word in Azerbaijani football. What should be done for the development of the national team in order to put an end to failure?

I consider that it needs to invest in the sport infrastructure of the country. It is necessary to develop all types of sport amongst youth, paying significant attention to the child sport.

Your Club Khazar-Lankaran could not win the recent football championship of Azerbaijan. What is the reason for it, and if this repeats, what steps will be taken?

Khazar-Lankaran will always eager to gain the title of champion. I see Khazar-Lankaran as a team that is capable to join European tournaments. In the near future, it will show that it is one of the best teams of League and gain its way to the European arena.

Why did you elect exactly Rasim Kar for the post of chief coach for Khazar-Lankaran? He already was the coach of this team, but under his leadership, the team could not gain any considerable victories.

Last time I opposed Rasim Kar"s leaving the team. In my view, this man is a remarkable coach who is capable to lead our team to the international arena. I believe him.

This news is a total 5806 time has been read