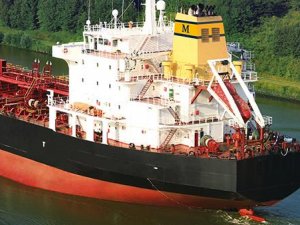 German shipping trust Marenave Schiffahrts has been successfully released from the remaining liabilities owed to the banks as it completed the sale of its car carrier.

Namely, the company was released from liability owed to the banks financing the Marenave fleet in connection with the obligations taken on to secure the ship financing loans after surplus in proceeds from the sale were distributed to the lenders.

The definitive basis for Marenave’s release from liability had already been agreed with the relevant banks on March 31, 2017 and was triggered by the transfer of the substantial part of the cash available from the sale of the car carrier previously owned by the former Marenave subsidiary, MS Mare Berlin Schiffahrts GmbH, to the banks financing the rest of the Marenave group.

The completed financial restructuring, coupled with the sale of the rest of the fleet, which is still outstanding but at a very advanced stage, “will clear the way for the plans to build up a new fleet and for carrying out other maritime projects.”

A portion of the surplus proceeds from the sale of the car carrier was retained by Marenave in order to finance the on-going business operations.

This news is a total 707 time has been read
Tags: Marenave Sells Car Carrier, Completes Restructuring