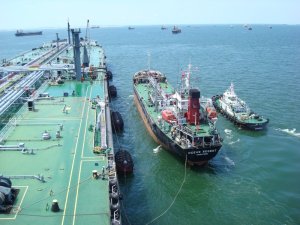 The early results for 2015 show that there has been a marked improvement in bunker fuel quality, the International Bunker Industry Association (IBIA) said.

According to the data gathered by Intertek ShipCare, 8% of samples tested in 2015 reported off-spec, compared with 10% in 2014.

The IBIA chairman noted that the drop in oil price has meant that there is now less incentive for refiners to blend down their products and that there has been an increase in suppliers using the ISO2010 & 2012 specs.

Tested samples which were found to be off-spec reached an all time high in 2013 with one quarter not reaching the required standards.

This news is a total 1793 time has been read
Tags: Bunker Fuel, Marine Fuel