Marine Insurance in the Trump Presidency: Smooth Sailing in 2017? 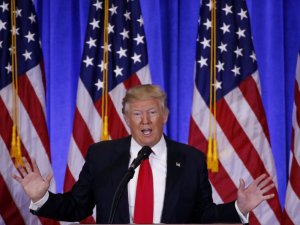 Although the Trump Administration’s plans for significant infrastructure investment, including key ports and terminals, bode well for the marine industry, it is unclear how proposed restrictive trade policies will impact port import/export tonnages and

President-Elect Donald Trump’s protectionist policies, which would require the use of U.S. flagged vessels on certain exports and an increase in petroleum exports, could increase the number of U.S. flagged vessels. In other countries that have adopted similar protectionist policies, such as Brazil, restrictions on international insurance and reinsurance have also been introduced. New or re-flagged vessels and insurance restrictions could offer new opportunities to U.S.-based marine insurers. It has also been noted that one of the most important opportunities for the London insurance market arising from “Brexit” is the ability to develop new relationships with U.S. insurance markets. Thus, expect increased activity post-election in the U.S. insurance market, which could see an impact from favorable legislation and interested foreign investment.

On the other hand, President-Elect Trump’s international policies may impair the marine insurance market’s efforts to restore business links with countries such as Iran and Cuba. Trade restrictions, and a potentially slowed economy, would reduce the goods being transported around the word, and, in turn, decrease the need for marine insurance. Political risk insurance, an important insurance product for the marine and offshore energy industries, may become more necessary to business plans in these changing times. Negotiating language with brokers over these clauses is a newer dynamic in an age of increased populism that has led to unexpected government shifts in ideology and business practices.

Holland & Knight’s Transportation & Infrastructure Industry Sector Group is preparing 20 posts leading up to the Jan. 20 inauguration of the President-Elect regarding what to expect from the incoming Trump Administration and the first session of the 115th Congress, and how it will impact your business planning. The posts are available at the Holland & Knight’s Transportation & Infrastructure Industry website.

Christopher R. Nolan is a litigation attorney in Holland & Knight’s New York office and a member of the firm’s Litigation and Dispute Resolution practice. In 2016, Mr. Nolan was selected as co-chair to lead the firm’s Transportation and Infrastructure Industry Sector Group.

This news is a total 918 time has been read
Tags: Marine Insurance in the Trump Presidency: Smooth Sailing in 2017?