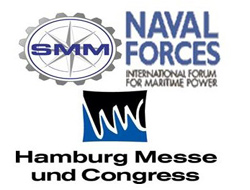 The security of shipping channels has become an important concern in view of the growing threat to international shipping.

This development is met by the International Conference ?Maritime Security & Defence? (MS&D) held in Hamburg for the first time during the SMM 2008, shipbuilding, machinery & marine technology international trade fair Hamburg, at the Hamburg Fair site on 24 and 25 September 2008.

This international conference is organised by Hamburg Messe and the Mönch Verlag publishing house, Bonn, represented by the magazine NAVAL FORCES as adviser and media partner.

There are close links between the subject matter of the MS&D and the international shipbuilding fair SMM. However, this year is the only occasion when the International Conference on Maritime Security and Defence will be held at the world"s premier shipbuilding fair, where there will be more than 1,800 exhibitors from the shipbuilding and maritime equipment industry from more than 50 nations, presenting their latest technologies and products at the Hamburg Fair site from 23 to 26 September 2008. ?This conference during the SMM 2008 is the launch event for the new independent specialist MS&D conference with exhibition, which HMC will hold for the first time in autumn 2009 and then once every two years, alternating with the SMM,? says Bernd Aufderheide, Chairman of the Management Board of Hamburg Messe und Congress GmbH, explaining the independent status of the MS&D Conference. That is the response by HMC to the increasing demand of the international naval community, which includes coastguard, border police and customs services, and of the maritime industry, with a high-calibre conference and specialist fair which covers the whole range of current and potential threats to shipping channels and ports. The importance of MS&D for world trade is highlighted by Vice-Admiral Wolfgang Nolting, Inspector of the German Navy and one of the main speakers at the conference ? ?We know that our shipping routes are not to be taken for granted in the 21st century. Global maritime trade has to pass some extremely vulnerable points, such as the Strait of Hormuz, the Suez Canal, Gibraltar and Malacca.?