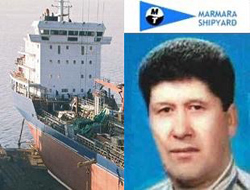 Another worker has died in an accident at a shipyard in Turkey.

Another worker has died in an accident at a shipyard in Turkey.

But this time it was not at a yard in Istanbul"s controversial Kocaeli region, where a number of facilities have been closed in recent weeks following a spate of fatalities.

The accident involving Ismail Kirlangic, 49, happened last Wednesday evening at the Marmara yard in the western province of Kocaeli and emerged over the weekend.

The father of two died in hospital after suffering "heavy injuries", the Maritime news agency reported. No further details were given.

The prosecutor's office in Korfez has initiated an investigation into the incident.

This news is a total 798 time has been read