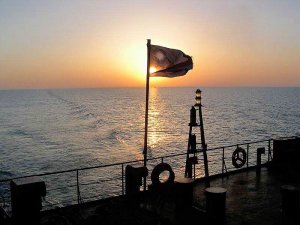 The Marshall Islands Registry has obtained the status of the number one ship registry for the world’s tanker fleet with 44.6 million gross tons, the Registry announced Monday.

The status was achieved over the summer with the addition of tonnage from markets in Greece, the United States and Asia.

The Marshall Islands Registry now stands at at total 137.3 million GT, with an average age of 8.7 years and 3,937 total vessels flying the Marshall Islands flag. The Registry notes that in addition to its size it also has an excellent safety record, having obtained the U.S. Coast Guard’s Qualship 21 standard and 12 consecutive years on the Paris and Tokyo MoU’s White Lists.

“Qualship 21 is a particularly difficult standard to meet,” said Bill Gallagher, President, IRI. “As mentioned at the Connecticut Maritime Association’s (CMA’s) Shipping 2016 Conference, 13 of the 26 eligible flag States from 2015 fell off Qualship. This dramatic development in the spring led directly to the increased tonnage for the Registry in the summer. The RMI is the only flag State of the three largest that holds Qualship 21 status; where others have faltered, we have remained steadfast for more than a decade.”

“Tanker tonnage undergoes a strenuous vetting process and choosing a quality flag is one of the most important factors in the process for owners, operators, and charterers,” continued Gallagher. “Through our exceptional operations and customer service to so many of the world’s top shipping companies, the RMI Registry is in the business of running a high-quality and sustainable flag,” he continued. “We pride ourselves on our proactive approach to our shipowning customers, whether this means practical advice on ensuring that a ship meets port State control standards or addressing our owners and operators concerns in the development of international regulation, we provide a high level of support from any of our 27 worldwide offices,” he continued.

This news is a total 6351 time has been read
Tags: Marshall Islands Becomes Top Flag for World’s Tanker Fleet