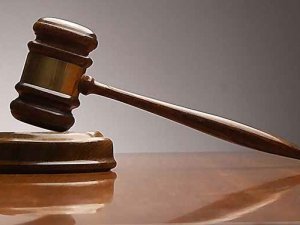 However, the court has agreed to hear Frontline’s request for a preliminary injunction against DHT Holdings on May 17, 2017, the company said, after additional filings be submitted over the coming weeks.

To remind, John Fredriksen-controlled tanker owner is seeking an order requiring DHT to set aside its poison pill and what it describes as “other improper takeover defenses” of DHT.

Namely, Frontline claims that DHT has pursued such strategies “to entrench itself and its management against offers by Frontline and other third-party bidders, aside from BW Group.”

The company earlier said that its move to acquire very large crude carriers (VLCC) from LPG owner BW Group had nothing to do with Frontline’s failed attempts to acquire DHT.

As disclosed, the fleet acquisition move is not targeted at “depriving Frontline of the ability to press its pending offer to acquire DHT and all but ensure control is transferred to BW”.

“The mere fact that some of the 2 currency being used to acquire those vessels is stock does not entitle Frontline to block this beneficial transaction,” DHT stressed.

The move comes following a related action Frontline brought in New York on April 18, 2017, where the court previously held it did not have jurisdiction over DHT or BW Group. The lawsuit was dismissed.

Frontline has been trying to acquire DHT shares since March last year, but Marshall Islands-incorporated tanker owner and operator denied all the offers that came its way. The same fate is expected for the latest Frontline’s offer from just two days ago, which DHT said was “unimproved”.

“We continue to urge the Board of DHT to negotiate in good faith with Frontline over its proposed offer, for the benefit of all DHT shareholders and consistent with the Board’s fiduciary duties. We will explore all available courses to ensure DHT shareholders receive equitable treatment,” Frontline said.