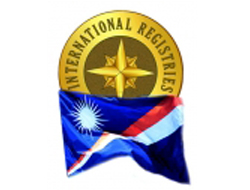 The Administrator of the Marshall Islands Maritime and Corporate Registries, has further expanded its worldwide network with the opening of offices in Houston and Dubai.

The Administrator of the Marshall Islands Maritime and Corporate Registries, has further expanded its worldwide network with the opening of offices in Houston and Dubai.

International Registries, Inc. (IRI), the Administrator of the Marshall Islands Maritime and Corporate Registries, has further expanded its worldwide network with the opening of offices in Houston and Dubai. This expansion enables the Registry to further augment its services and will provide clients in these areas with the full expertise of the Registry in their local regions. ?Opening offices simultaneously in Houston and Dubai is testimony to the obvious link that exists between these two markets and their importance to the Marshall Islands Registry,? said Bill Gallagher, President, IRI.

One component of IRI"s decentralization strategy has been to focus on areas of significant growth and development to the Registry"s client base. Over the past five years, in addition to increased interest from shipowners in both regions, there are on average, 430 Marshall Islands vessels calling at ports in the UAE and 695 Marshall Islands vessels calling at ports in Texas per year. An increase in the number of inspections taking place in these areas has also been observed. At the end of the first quarter of 2009, the Registry stood at more than 1990 vessels and 48.2 million gross tons with more than 61% of the fleet involved in the energy sector of the shipping industry.

?I have personally been involved in the marketing efforts in the Middle East along with John Ramage our Director, Worldwide Business Operations for the past five years. Historically, Houston has been a vibrant market for IRI. We recognized our growing client base early on and the necessity of providing local services in these areas. We are pleased that our plan to open offices in these locations has come to fruition,? continued Bill Gallagher.

Capt. Amarjit Kauchher, former Manager Quality Assurance for International Tanker Management Ltd. Dubai with over 20 years experience at sea, joined the Registry in February 2009 and formally opened the office in Dubai on 1 April 2009. The office is adjacent to Lamcy Mall at the Sultan Business Centre.

Peter Brock, who joined IRI in 2007 in the capacity of Marine Technical Advisor, has an extensive maritime background working for over 35 years with Lloyd"s Register, most recently as President of Lloyd"s Register North America, Inc., and is at the helm of the Houston office. Beverly Clarke, former Vice President of Premuda (Atlantic) Inc., joins Peter in the Houston office which also opened on 1 April.

?The energy sector of the industry spans the globe but its lifeline in terms of business rests between these two regions,? concluded Mr. Gallagher.

IRI and its affiliates, with more than 60 years of experience as a Maritime and Corporate Administrator, currently have a network of offices in Baltimore, Dalian, Dubai, Ft. Lauderdale, Geneva, Hamburg, Hong Kong, Houston, London, Mumbai, New York, Piraeus, Roosendaal, Seoul, Shanghai, Singapore, Tokyo, Washington, DC/Reston and Zurich, that have the ability to register a vessel or yacht, record a mortgage, incorporate a company and service clientele. IRI will be opening an affiliate office in Istanbul later this month. In order to meet higher expectations, IRI has expanded its worldwide coverage to include representation in Chile, Limassol, Oslo, Port Said and Taipei. IRI concentrates solely on administering the Marshall Islands flag and provides a broad spectrum of registry related services for the shipping and financial services industries.

This news is a total 778 time has been read