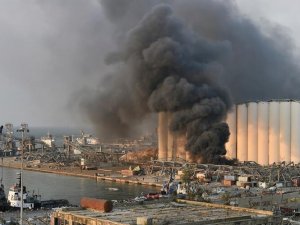 Explosion caused by some 2,700 tons of ammonium nitrate that had been stored at Beirut port

A massive explosion shook Lebanon's capital Beirut on Tuesday, killing more than 100 people and wounding over 5,000, with bodies still buried in the rubble, Lebanese officials and humanitarian groups said.

The blast flattened much of the city's port, damaging buildings and blowing out windows and doors as a giant mushroom cloud rose above the capital. Hours later, ambulances still carried away the wounded as army helicopters helped battle fires raging at the port.

The Lebanese Red Cross said Wednesday morning that the death toll has reached 100, but more victims must still be dug out of the extensive rubble.

Lebanese President Michel Aoun confirmed on Twitter that the explosion was caused by 2,700 tons of ammonium nitrate which was stored in a Beirut port warehouse for six years without safety measures, and called this "unacceptable" and vowed that those responsible would face the "harshest punishments."

Bystander video shows that the both blasts originated in a warehouse complex on the east side of the port's large concrete silo, next to Basin Number 3. After the first blast, a long series of white flashes can be seen at the base of the smoke column, accompanied by popping sounds. The second blast appears to originate from an adjacent warehouse about 30 seconds later.

Photos of the aftermath show near-complete devastation in the central port area and the adjacent free zone, with toppled and twisted warehouse buildings, damaged shipping containers, burning debris and crumpled cars. The silo - which was directly adjacent to the explosion - shows signs of extensive structural damage, and the side facing the blast appears to have spilled large quantities of grain. The shock wave was powerful enough to cause cosmetic damage at Beirut's airport, six miles away from the port complex, according to Dubai-based news outlet Akhbar.

Based on AIS data, at least four ships - the car carriers Jouri and City of Rome and the freighters Raouf H and Mero Star - may have been moored in the vicinity of the explosion. The extent of any damage to nearby vessels was not immediately clear.

According to Lebanon's customs director and interior minister, a large storage depot of the fertilizer ammonium nitrate was the suspected source of the second (and far larger) explosion. In a social media statement late Tuesday, Lebanese President Michel Aoun said that 2,750 tonnes of ammonium nitrate had been stored at the site continuously for the past six years. Aoun said that long-term storage of a large quantity of explosive material in proximity to downtown Beirut was "unacceptable."

Ammonium nitrate has caused several ultra-large-scale industrial explosions in the past, including the Texas City disaster of 1947 (2,000 tonnes) and the Tianjin explosion of 2015 (800 tonnes, plus additional explosive material).

In an update Tuesday night, Lebanon's health minister reported that about 70 people have been confirmed dead, up from 30 earlier in the day. About 2,700 were reported wounded in the blast.

A group of firefighters are among the missing. A fire preceded the explosion, and they were on scene in an attempt to control it; they have vanished, according to Beirut governor Marwan Abboud.

The human toll from the casualty is significant, and Lebanon's government has put out a call for blood donations. According to local freelance journalist Abby Sewell, hospitals in east Beirut are so overwhelmed that one facility is treating the wounded in the parking lot.

Beirut is no stranger to intrigue, terrorist attacks and bombings, but according to maritime security firm Dryad Global, this explosion was likely an accident.

"At this stage, it is likely that this incident is an industrial accident, and does not suggest military or terrorist activity. The presence of naval assets within the area is not indicative of any likelihood of potential targeting by foreign actors. The area surrounding the port location is not a key location associated with incident reporting," Dryad assessed. "The risk to vessels intending to transit to or in the vicinity of Beirut is not immediately escalated as a result of this incident, however on account of the cessation of all operations at the port and potential for chemical contamination, all vessels should avoid." 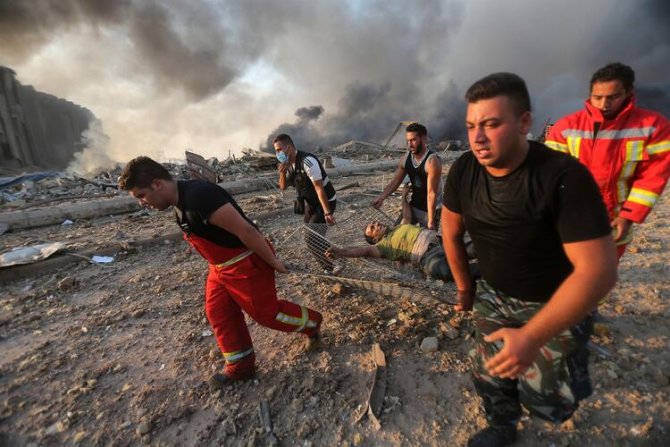 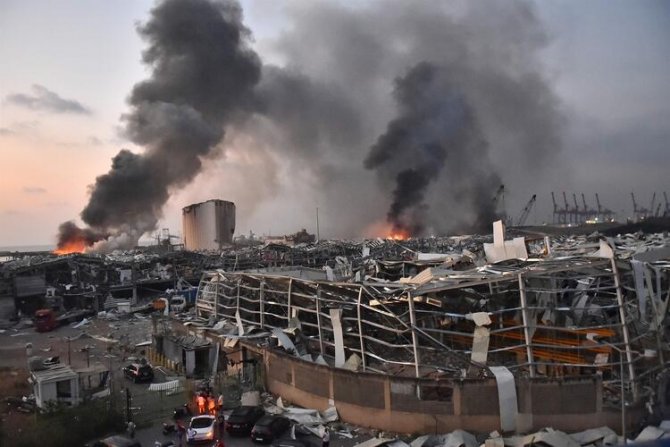 This news is a total 1775 time has been read
Tags: Massive Beirut Port Blast Kills Over 100, Leaves Thousands Wounded