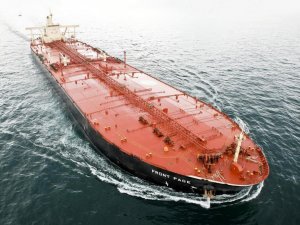 Freight rates for clean tankers in the US Gulf-Caribbean are on the rise, underpinned by a conglomerate of supportive fundamentals, according to McQuilling Partners.

TC3 was assessed at WS 195 on June 27, a 26% rise from June’s open, while freight on the US Gulf-Caribbean route has risen by USD 150,000 over the same period. US Gulf refiners continue to run at high utilization with crude intake reaching 17.2 million b/d in the last week, boosting gasoline inventories to 242 million barrels.

Clean cargoes out of this region have been plentiful with total US product exports averaging at 5.1 million b/d per month, providing support for tanker demand, however, there is some risk building due to a 400,000 b/d product inventory surplus forecast for the July-September period.

“Weakness in the Latin American refining sector has increased import requirements and pulled much of these volumes south towards the Caribbean, Brazil and Chile,” McQuilling Partners said.

Refining activity in this region “is projected to trend upwards” in the coming months, which may pressure imports, however, in the near-term, McQuilling Partners expects support stemming from the recent shutdown of the 330,000 b/d Salina Cruz refinery in Mexico after violent weather caused a fire on June 14.

“Ample cargo supply in the US Gulf and strong product demand to the south have supported increased fixing activity and in turn tightened the position list for July dates, which will likely provide further support for tanker freight rates in both US Gulf and Caribbean.”

The US Gulf-Caribbean market stands supported by stronger fundamentals in the short-term, which will likely continue the current freight rate momentum, while also considering that inclement weather during the Atlantic hurricane season “may provide some temporary upside volatility.”

This news is a total 774 time has been read
Tags: McQuilling: Clean Tanker Rates Rise on US Gulf-Caribbean Route