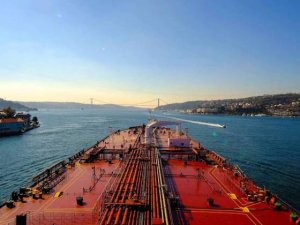 The cost of shipping oil through the Black Sea and Mediterranean fell on Monday after a failed coup in Turkey over the weekend and shipping sources said there were no disruptions through Istanbul’s vital Bosphorus Strait.

More than 290 people were killed and around 1,400 wounded in the violence on Friday night, as soldiers commandeered tanks, attack helicopters and fighter jets in a bid to seize power, strafing parliament and the intelligence headquarters and trying to seize the main airport and bridges in Istanbul.

The Bosphorus, which bisects Istanbul, is a chokepoint for oil that handles over three percent of global supply – mainly from Russia and the Caspian Sea.

Rates for tankers on the Black Sea to Mediterranean route fell to W69.45 on Monday in the Worldscale measure of freight rates or $14,382 a day when translated into average earnings, Baltic Exchange data showed. That compared with W69.85 or $14,689 a day on Friday and W74.35 or $17,530 a day last Monday.

The waterway was closed for several hours for security reasons amidst the fighting but was reopened on Saturday, shipping agent GAC said.

GAC said on Monday vessel traffic flow was back to normal.

Leading oil tanker owners told Reuters separately on Monday there was no impact on transits. “It’s business as usual for now,” one tanker owner said.

Vast amounts of grains from Russia and Kazakhstan are also transported to world markets through the 17-mile waterway that connects the Black Sea to the Mediterranean.

Turkey is an important consumer of commodities itself, further boosting trade through the Bosphorus and Dardanelle shipping lanes.

The world’s No. 1 and No. 2 container shipping groups Maersk Line and MSC said separately that activity was unaffected.

“As things stand at the moment, there’s no bearing on any of our operational activities or on cover and freight rates,” MSC said.

There was no indication of any change in insurance rates, shipping and insurance sources said.

Commercial shipping has the right of free passage through the straits in peacetime, although Turkey claims the right to impose regulations for safety and environmental purposes. (Editing by Mark Potter)

This news is a total 2816 time has been read
Tags: Med-Black Sea Tanker Rates Weaken After Failed Coup in Turkey, türkishmaritime