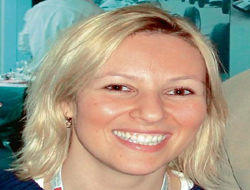 The group, which already has three shipyards on the Black Sea, is now planning a fourth, focusing on repairs, on the Mediterranean.

The group, which already has three shipyards on the Black Sea, is now planning a fourth, focusing on repairs, on the Mediterranean.

MED MARINE Group is not daunted by increased competition in the Turkish shipbuilding and repair market and is planning its fourth shipyard.

The R Hakan Sen-led group specialises in towage, pilotage, salvage and wreck removal, escort and chartering as well as shipbuilding.

Med Marine has a 400,000 sq m piece of land on Turkey"s Mediterranean coast at Yumurtalik that will be the site of its fourth yard.

?There is no repair yard of such a size on the south coast, and it is well positioned for repairs given the convenience for ships that are travelling in the Mediterranean.""

The Yumurtalik facility is scheduled to open in about one-and-a-half years time and will be the largest yard in Turkey, says Ms Ucuncu.

In 2004, Med Marine purchased two existing shipyards, Usmed and Medyilmaz, at Eregli on Turkey"s Black Sea coast. It also had land in the same area, where in 2005 it started to build the Eregli shipyard which opened in June the following year.

Eregli, with a total area of 170,000 sq m, is one of the biggest shipyards in Turkey and has a steel-processing capacity of 35,000 tonnes a year. Its 220 m long and 38 m wide slipway can accommodate panamax size newbuildings.

Med Marine"s experience as a shipping company stands it in good stead to withstand competition in the Turkish shipbuilding market, says Ms Ucuncu.

?While I"m not pessimistic about the market, many in Turkey who do not have a shipping background are investing in shipbuilding on a speculative basis. ?This can be dangerous if you are unable to sell the ships and you don"t how to run the vessels yourself.

?Many in Turkey who are building ships carry on ordering for their own account ? in several cases 12 ships at a time ? without having found buyers for the initial ships.""

Med Marine has begun construction of 11 8,400 dwt chemical tankers, but it has already sold three vessels to Srab Shipping from Sweden, while the same client has options until the end of 2008 to buy two more. Srab had already bought three 7,000 dwt tankers in 2007. ?This means we could potentially have six tankers for our own account. But we would consider operating them unless someone makes a good offer,"" says Ms Ucuncu.

Med Marine has ships under the streamline worth about $2bn, including two 25,000 dwt chemical tankers for a Scandanavian company and an 8,400 dwt tanker for John T Essberger from Germany.

On the slipway at the Eregli shipyard is an 11,240 dwt chemical tanker, the AlgoCanada.

A sistership, the Algonova, was launched at Eregli in April and is due for delivery by the end of June. Both ships will be delivered to Canada"s Algoma Central Corp.

?This was the first time that a Canadian shipping company has ordered from a Turkish yard,"" says Ms Ucuncu.