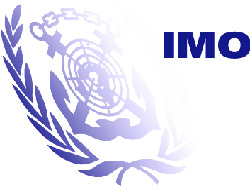 Major progress was made on reducing emissions from ships, in achieving safer and more environmentally friendly recycling of ships, and in facilitating ballast water management, when the MEPC of the IMO met for its 58th session at IMO's London headquarters

The MEPC adopted amendments to the MARPOL Annex VI regulations

Major progress was made on reducing emissions from ships, in achieving safer and more environmentally friendly recycling of ships, and in facilitating ballast water management, when the Marine Environment Protection Committee (MEPC) of the International Maritime Organization (IMO) met for its 58th session at IMO's London headquarters.

The MEPC unanimously adopted amendments to the MARPOL Annex VI regulations so as to reduce harmful emissions of air pollutants from ships even further; approved the draft ship recycling convention for adoption at a conference in 2009; approved a number of systems to help implement the Ballast Water Management Convention; and made substantial progress in developing technical and operational measures to reduce or limit greenhouse gas emissions from ships.

The main changes to MARPOL Annex VI would see a progressive reduction in emissions of sulphur oxide (SOx), nitrogen oxide (NOx) and particulate matter from ships.

The revised Annex VI, and the associated NOx Technical Code, will enter into force on 1 July 2010, under the tacit acceptance amendment procedure.

The MEPC conducted an article-by-article and regulation-by-regulation review of the draft new convention providing globally applicable regulations for ship recycling. The text will now be circulated for consideration and adoption by a diplomatic conference to be held in Hong Kong, China, from 11 to 15 May 2009.

In the context of the ongoing efforts of the international community to address the phenomena of climate change and global warming (in particular through the mechanisms of the United Nations Framework Convention on Climate Change (UNFCCC)), and in the light of the mandate given to IMO in the Kyoto Protocol to address the limitation or reduction of greenhouse gas emissions from ships, the MEPC maintained momentum on the issue and made substantive progress in developing technical and operational measures to address such emissions, including the development of an energy efficiency design index for new ships and an energy efficiency operational index, with associated guidelines for both; an efficiency management plan suitable for all ships; and a voluntary code on best practice in energy efficient ship operations.

The Committee approved the usage of the draft Interim Guidelines on the method of calculation of the Energy Efficiency Design Index for new ships, for calculation/trial purposes with a view to further refinement and improvement.

The MEPC also held a discussion on market-based measures, and agreed to further discuss such measures at MEPC 59.

For its deliberations on these matters, the Committee received information on Phase 1 of the updating of the 2000 IMO Study on GHG emissions from ships, which estimated emissions of carbon dioxide (CO2) from international shipping both from activity data and from international fuel statistics.

The resulting consensus estimate for 2007 CO2 emissions from international shipping amounts to 843 million tonnes, or 2.7% of global CO2 emissions, as compared to the 1.8% estimate in the 2000 IMO study. The Phase 1 updating estimated future emissions from international shipping based on global developments outlined by the Intergovernmental Panel on Climate Change (IPCC) and, in the absence of future regulations on CO2 emissions from ships, such emissions were predicted in the base scenarios to increase by a factor of 2.4 to 3.0 by 2050. For 2020, the base scenario predicts increases ranging from 1.1 to 1.3, taking into account significant efficiency improvements resulting from expected long-term increases in energy prices.

Further work on the limitation and reduction of GHGs from ships will continue at an intersessional meeting early in 2009, for presentation to MEPC 59 in July, which will benefit from the findings of the second and final part of the update of the 2000 IMO study. The outcome of MEPC 59 will, in accordance with the Committee's established action plan, be presented to the United Nations conference on climate change to be held in Copenhagen in December of next year.

The MEPC further discussed the application of measures to reduce or limit greenhouse gas emissions from ships, in particular whether such measures should be mandatory or voluntary for all States.

Several delegations spoke in favour of the common but differentiated responsibility (CBDR) principle under the UNFCCC. In their view, any mandatory regime aiming at reducing GHG emissions from ships should be applicable to the countries listed in Annex I to the UNFCCC only. However, several other delegations expressed the opinion that, given the global mandate of IMO as regards the safety of ships and the protection of the marine environment from ship emissions, the IMO regulatory framework on the GHG issue should be applicable to all ships, irrespective of the flags they fly. It was stressed that, as three-quarters of the world's merchant fleet fly the flag of countries not listed in Annex I to the UNFCCC, any regulatory regime on the reduction of GHGs from shipping would be ineffective for the purpose of combating climate change, if it were made applicable only to Annex I countries.

The MEPC adopted Guidelines for ballast water sampling and Revised guidelines for approval of ballast water management systems, intended to assist in the effective implementation of the International Convention for the Control and Management of Ships' Ballast Water and Sediments (BWM Convention), bringing to 14 the package of finalized guidelines required by the Convention. One final set of guidelines, on port State control, is being developed by IMO's Sub Committee on Flag State Implementation and is to be adopted before the Convention's entry into force.

To date, 16 States have ratified the BWM Convention, adopted in February 2004, representing about 14.24% of the world's merchant shipping. In accordance with article 18 of the BWM Convention, the treaty will enter into force twelve months after the date on which not less than thirty States, the combined merchant fleets of which constitute not less than thirty-five percent of the gross tonnage of the world's merchant shipping, have become Parties to it. The Committee urged other States to ratify the Convention at the earliest opportunity.

Minimizing the risk of ship strikes with cetaceans

The MEPC agreed a guidance document on minimizing the risk of ship strikes with cetaceans.

The MEPC considered the report of the eighth meeting of the OPRC HNS Technical Group, which was held in the week prior to the Committee's session, and approved the Manual on assessment of oil spill risks and preparedness and the IMO/UNEP Manual on the assessment and restoration of environmental damage following marine oil spills.

This news is a total 1499 time has been read