Methanol up for discussion at IMO this week 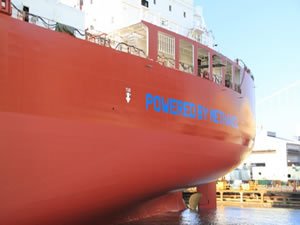 Twelve methanol-powered ships are already in operation with another nine on order, but inclusion in the code should shorten the time to approval and even lower the cost of constructing tankers, bulkers and containerships using methanol as fuel.

The Methanol Institute is calling on delegates to the International Maritime Organization’s upcoming Maritime Safety Committee meeting which starts on Wednesday to approve amendments to the International Code of Safety for Ships using Gases or other Low-flashpoint Fuels Code (IGF Code) that will include guidance on the use of methanol as a marine fuel.

The amendments will bring ethyl and methyl alcohols, fuel cells and low-flashpoint diesel into the code and the Methanol Institute believes final regulatory approval can be a catalyst for more ship operators to consider methanol alongside the bunkering guidance and class rules already in place.

The IMO’s sub-Committee on Carriage of Cargoes and Containers (CCC5) completed draft interim guidelines covering the safety of ships using methyl/ethyl alcohol as fuel in 2018 with formal approval tabled for subsequently delayed MSC meeting in the first half of 2020.

Twelve methanol-powered ships are already in operation with another nine on order, but inclusion in the code should shorten the time to approval and even lower the cost of constructing tankers, bulkers and containerships using methanol as fuel.

“Our work with shipowners, class societies, flag administrations and bunkering providers indicates there is pent-up demand for a low carbon fuel that can help owners meet their 2030 emission reduction targets at a fraction of the cost of an LNG powered vessel – currently the only other approved low flash point fuel,” said Methanol Institute COO Chris Chatterton. “We have put 10 years into the process of proving methanol’s suitability and building out solutions that scale for shipping and we respectfully ask that the IMO meeting is provides the industry with that regulatory certainty.”

The Methanol Institute is working with shipyards and shipmanagers on standard designs for ships powered by methanol and interest is growing among owners seeking a cost-effective solution to cutting carbon emissions quickly and embracing renewables in the longer term. The first bunkering Technical Reference for Methanol was published earlier this year by Lloyd’s Register and fuel suppliers are gearing up to increase capacity for methanol bunkering volumes.

The expected approval comes on the back of recent research by IEA-AMF which suggests conventional methanol available now can be a significant bridge fuel, lending itself as a base for increased blending of bio-methanol or renewable methanol going forward.

As the simplest alcohol with no carbon to carbon bounds, methanol has a 4:1 hydrogen to carbon ratio, which makes it the main candidate for utilisation as a hydrogen carrier, for example, in fuel cells – another technology platform already being discussed for approval at IMO.

This news is a total 4376 time has been read
Tags: Methanol , for discussion at IMO this week