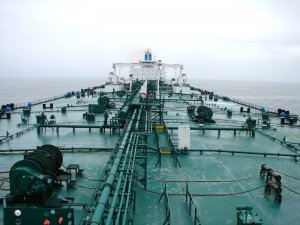 Under the contract signed between the parties on April 19, the shipbuilder will construct two Aframax tankers and deliver them to the owner in 2018.

Metrostar Management is paying USD 86 million for the two ships, which will feature 114,000 dwt each.

VesselsValue data shows that the vessels have a market value of USD 39.3 million a piece.

The Greek firm earlier purchased a very large crude carrier (VLCC) currently under construction at South Korea’s Hyundai Heavy Industries. The 308,000 dwt vessel is expected to be handed over in June 2017.

This news is a total 1278 time has been read
Tags: Metrostar Orders Aframax Tanker Duo from Daehan