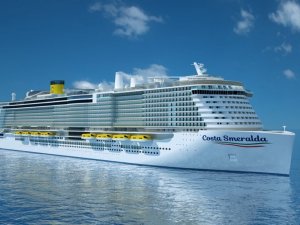 The company explained that the 180,000 gross ton Costa Smeralda would be delayed “due to the high complexity and the sheer size of the ship project.”

According to the latest update, Costa Smeralda is scheduled to enter into operation on December 21, sailing from Savona.

The previous delay was revealed in September when Meyer Turku said that the LNG-powered unit would be handed over in mid-November, a month later than the earlier planned October delivery date.

At the time, the shipbuilder said that the “the complexity and sophistication of the ship is very high,” adding that it therefore opted for a slower progress speed than needed, despite counter-actions.

This news is a total 441 time has been read
Tags: Costa Smeralda, Meyer Turku.