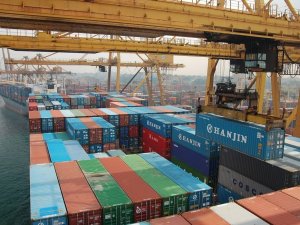 Milaha Maritime & Logistics’ revenue increased by QAR 65 million and net profit by QAR 29 million as a result of volume growth in our Ports business, and better operating margins in our Container Shipping unit.

Milaha Gas & Petrochem’s revenue decreased by QAR 5 million and net profit by QAR 54 million. Low shipping rates and the knock-on effect on vessel valuations in the sectors we operate continue to put a damper on profits.

Milaha Capital’s revenue increased by QAR 45 million and net profit by QAR 65 million, with higher dividend income from our equity portfolios driving most of the growth.

This news is a total 615 time has been read
Tags: Milaha Reports Net Profit of $71.3M