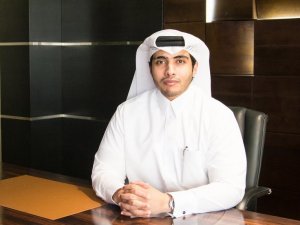 Qatar-based maritime transport and logistics company Qatar Navigation (Milaha) wrapped up the first nine month of 2019 with a rise in net profit.

The company said that its net profit reached QAR 419 million for the period ended September 30, 2019, compared to QAR 400 million for the same period in 2018, representing a 5% change.

Operating revenues were at QAR 1.83 billion for the nine months, up from QAR 1.81 billion reported a year earlier, while operating profit plunged to QAR 276 million compared to QAR 314 million for the same period in 2018.

Additionally, Milaha Offshore’s operating revenue increased by QAR 118 million. The addition of new vessels and the increase in utilization contributed to the double digit increase in operating profit, however, the bottom line decreased by QAR 194 million mainly due to vessel impairments.

The company further said that Milaha Capital’s revenue was down by QAR 56 million and net profit by QAR 73 million, as a result of lower dividends and held for trading portfolio income. The change was driven mainly by the liquidation of the majority of the trading portfolio and the reinvestment of the proceeds into acquiring an additional 6% in Nakilat.

This news is a total 274 time has been read
Tags: earnings, Milaha.