Million of dollar for supply work 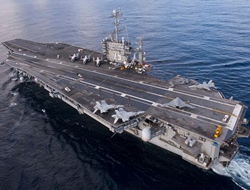 A Dubai contractor is being investigated by the US Justice Department over allegations it overcharged the US Navy, a US media report claimed.

A contractor owned by the Dubai government is being investigated by the US Justice Department over allegations it overcharged the US Navy.

The newspaper said that UK-based Inchcape Shipping Services, which is owned by Istithmar World, a subsidiary of Dubai World, was last week suspended from any new US federal contracts and is due to meet with Justice Department officials to discuss the allegations.

The claims, which were said to have been brought to light by a whistleblower, are that Inchcape paid commissions to subcontractors that were willing to give large discounts on work, before keeping the difference, rather than handing it back to the Navy.

This news is a total 1180 time has been read