Minister: Sovcomflot’s Privatization Not Expected Before May 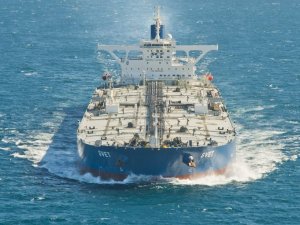 The privatization of the Russian shipping major Sovcomflot will not be carried out before May, 2017, Russia’s Economy Minister Maxim Oreshkin is quoted as saying by the country’s TASS news agency.

The privatization was scheduled to take part in the first half of the year, but it will not take place before May.

Russia owns 100% stake in the company and has decided to sell 25% stake in January when Russian President Vladimir Putin revealed plans to sell the stakes in state-owned companies including Rosneft, Bashneft, VTB, Alrosa in 2016.

The move is aimed at financing the company’s “fairly high level of debt”, according to Oreshkin, and is scheduled to take place on the Moscow Stock Exchange. The country is said to be expecting to raise some 30 billion rubles (USD 506 million) from the sale.

According to Oreshkin, one quarter of the funds received in the course of the company’s planned privatization will be allocated to capitalization of the company, whereas the 75 percent will go to the state.

The amount that would be ascribed to SCF will be used for the conclusion of contracts within the country for the purchase of new vessels, which will promote business expansion, the minister further added.

This is yet another attempt at privatizing the company, taking into account that those from 2015 and 2016 fell through.

The Russian minister is visiting his French counterpart Michel Sapin in Paris, and has reportedly availed of the opportunity to invite French banks to take part in the privatization process.

As informed earlier, Russia had sent proposals to banks and organizations to help organize and sell 25 percent in Sovcomflot minus one share.

The sale seems to have sparked interest from international players, as both Russian and international banks were reported to have submitted their bids to join the process

This news is a total 658 time has been read
Tags: Minister: Sovcomflot’s Privatization Not Expected Before May