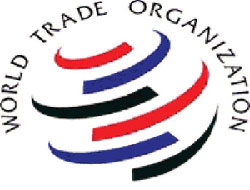 "Without advancing solutions to these three, we will not stabilise the modalities texts overall," Lamy said, announcing a delay in the December 13-15 talks for further consultations.

"Depending on the outcome of these consultations, a ministerial gathering could take place here in Geneva from 17 to 19 December," he added.

The World Trade Organization over the weekend published fresh texts in both the agriculture and industry components of a draft deal that were aimed at securing consensus.

But diplomats stressed that many gaps still needed to be bridged to avoid yet another failure in the process, which has been given added urgency by the global slowdown.

"It is clear that we are closer to modalities today than last July. At the same time the risks if we do not get there are higher today than they were last July," Lamy warned.

"The potential cost of a second failure in less than six months and a deteriorating economic situation call for prudence."

Many pointed the finger at the United States, India and China

Diplomats questioned after their meeting with Lamy were skeptical as to whether the ministerial meeting would take place. Many pointed the finger at the United States, India and China whose positions had hardly altered since July.

The Doha round of talks, which started at the end of 2001 in the Qatari capital, aims to boost international commerce by removing trade barriers and subsidies.

A deal has so far proved elusive as countries are reluctant to open up their markets or reduce financial support to farmers. Marathon talks in Geneva in July collapsed amid deadlock between the United States and India.

The European Union's current French presidency said Monday that prospects for a WTO trade liberalisation deal were clouded by uncertainty, mainly over the US stance.

"The reality is that there is a lot of uncertainty," French secretary of state for trade Anne-Marie Idrac told journalists in Brussels after a meeting of EU ministers in charge of trade.

While it was clear that Europe wants a "balanced and ambitious accord," she said, "there is great uncertainty about the positions that the United States is defending" and whether the US Congress would back a deal.

But in London British Prime Minister Gordon Brown insisted that an accord was within reach in the "next few days."

Speaking after talks with French President Nicolas Sarkozy and European Commission President Jose Manuel Barroso, Brown warned the world had reached the "11th hour" and urged countries to "work together to send a signal against protectionism."

This news is a total 610 time has been read